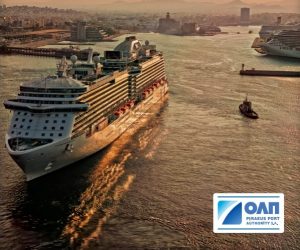 A delegation of the Greek-Chinese Economic Council led by its President Mr Fotis Provatas visited the Piraeus Port Authority premises on Tuesday 4 April 2017.  The delegation met with Manager of Piraeus Port Authority Captain Fu Chengqiu, who informed it about new positive perspectives for the Piraeus port. The two sides agreed to closely cooperate in order to faciliate business collaboration between Greece and China.

Founder of chinaandgreece.com, Dr George Tzogopoulos, is a member of the Board of Directors of the Greek-Chinese Economic Council.