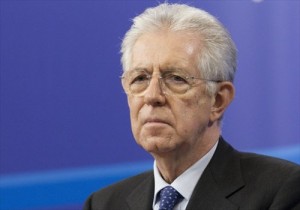 The relationship between China and Europe seems to be on an upward trajectory, given Chinese President Xi Jinping’s recent visit to the UK and German Chancellor Angela Merkel and French President François Hollande’s meetings with Chinese leaders in Beijing. What is the trend for China-EU relations? How can the West better understand China as misperceptions linger? As the refugee crisis in Europe simmers, what impact does it have on the bloc’s integration process? Global Times (GT) reporter Wang Wenwen talked to Mario Monti (Monti), former prime minister of Italy, over these issues at the second Understanding China conference held in Beijing recently.

GT: We have seen recent exchanges between the Chinese leadership and their counterparts from some European countries such as the UK, Germany and France. Is there any chance that leaders from China and Italy will meet soon?

I wouldn’t arrive at the extreme view that Europe attaches more importance to China than to the US, but certainly China-EU relations are of growing importance.

GT: The world, especially the West, still holds misperceptions toward China as its global clout is increasing. What element is crucial to better understand China?

Monti: I think knowledge of history is essential. Otherwise, we in the West cannot really understand how China feels that it is a permanent great power because it has been so throughout history.
I believe this perspective is very useful for the West to boost China’s aspirations in a moral and appropriate context.

There is some difficulty in understanding China because of the political differences in its system. Conditional understanding is particularly essential when it comes to these big projects like “One Belt, One Road,” which I think is a great idea indeed, but we need a much better mutual understanding. Otherwise, there may be anxieties and concerns from some countries.

GT: Italy is among a few European countries that joined the China-led AIIB at an early stage. What do you perceive the role of the AIIB?

Monti:  It is very important to sustain economic growth throughout the world at a time when there is globalization and more fragmentation. I think the idea of having a huge plan for infrastructure to improve connections is very crucial. The new bank has an important role to play. It is also important that the European Bank for Reconstruction and Development, the World Bank and this new bank coordinate so that each has a function to play in the global context.

GT: The refugee crisis is sweeping across Europe and seems to be continuing. EU countries are still divided over an allocation plan while striving to deal with it. Does it shed any negative influence on the process of integration which the EU is eyeing for?

Monti: Certainly there is a big challenge to the integration process, particularly on one pillar of the integration process, which has always been the free movement of people. The threat to the continuity of this process is very relevant.  On the other hand, we have seen throughout the history of the EU that challenges and threats have accompanied the process of integration. I’m not very pessimistic precisely because the current refugee crisis has prompted member states to understand that there is a need to make progress in the capacity to decide. Also they need to make progress as regards to the budget of the EU. This may be a very painful, difficult and dramatic step toward a better EU.

GT: Some observers believe that the US is to blame for the current refugee crisis from which Europe is suffering, because the US helped initiate the Arab Spring in the Middle East that led to chaos in the region and beyond. What do you think of the viewpoint that Europe is the victim of US actions?

Monti: Europe is not a victim because some countries in Europe are very close to the US in those military initiatives. All these trends of the last 15 years or so need a deeper consideration. It is not as simple as it might have appeared to export democracy to certain countries.  For the EU, there is also a big lesson that we must be more proactive in associating with countries on our southern and southeastern borders, though not necessarily with full integration as has been the case for the countries of the former Soviet empire.  But certainly we need forms of association and more investment on our part there, so that we can favor economic development there and also relieve a bit of pressure on migration.