How the new Silk Road could de-provincialise the Mediterranean Community 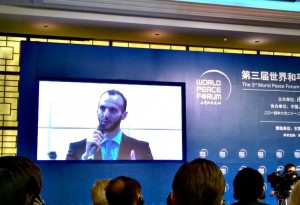 The strategic significance of the Mediterranean region in its entirety has been under-assessed in recent times. For most intellectuals the Mediterranean area was selectively sliced and explored in provinces of interest with the Middle East and the shores of Africa attracting most attention for religious and security reasons. Undoubtedly however, the Mare Nostrum must be seen in its entirety as a geo-economic community with enormous untapped potential; A potential that the New Silk Road could unleash.

The Mediterranean sea connects almost half a billion people with areas abundant in human capital, natural resources, industry and certainly culture. What the Med lacks is an overarching strategic project that could utilise latent talent and terrain and propel its underdeveloped historic cities into flourishing cosmopolitan hubs – a position enjoyed for much of history. The New Silk Road –also called One Belt One Road – offers this unprecedented opportunity for the region to advance the complementarity between the advanced north and the developing south, increase efficiency of production and revitalise economic and social output. If Shanghai has become the hub of Asia then Alexandria could become the hub of the Med attracting Silk Road funding and sufficient strategic planning. (Alexandria is endowed by geography to connect the Mediterranean area with Ethiopia and Africa through the Nile streams, Africa is the world’s fastest growing region).

Yet for these auspicious omens to materialise the Silk Road – an unclear  and yet to be shaped Chinese mega-project – needs to be operationalised sufficiently. Intellectuals with knowledge about the history, culture and economics of the Mediterranean area must engage with their Chinese associates to shape the operational form of the Silk Road in the Med and maximize societal and capital returns.

To be sure, Northern European states and in particularly Germany will most probably express doubts about the feasibility of the project as they had done during France’s failed initiatives for a Mediterranean Union in 2001. Yet it must become clear that the recovery of the Mediterranean region and the economic integration between the shores of Africa and Southern Europe will provide enormous positive externalities for Northern Europe as well – first and foremost by liming migration waves. It was after all the economic integration between Central and Eastern Europe that unleashed enormous economies of scale for European industry.

A role for Greece?

In the overarching Silk Road project for the Mediterranean, Greece could play a catalytic role. The country enjoys no colonial past with Northern Africa, while Greece’s recent triangular diplomatic initiatives with Cyprus and Egypt on the one hand, and Cyprus and Israel on the other offer an exemplary pattern of cooperation that can easily be expanded attracting other like minded members.

For all these reasons TWAI & AUEBS’s forthcoming summit in Athens and Professor Giovanni Andornino’s topic on how to produce European experts about the Silk Road deserves much merit and needs to be sufficiently promoted. To be sure it follows other events and initiatives that have already attempted to build networks of people and ideas and explore the great  potential of the New Silk Road. As Zhang Lihua – the Director of the research Center for China –EU relations at Tsinghua University put it in one of those events in Athens: ‘At the Western End of the new Silk Road Greece has the values and strategic importance to play a intermediary role between China and Europe’. Perhaps and why not, beginning from a great initiative in the Mediterranean.