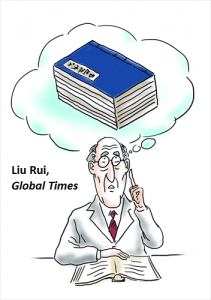 The beginning of 2016 has seen Western scholars paying particular attention to China. Issues such as North Korea’s nuclear program and Sino-American disagreements on the South China Sea generate a flourishing debate on Beijing’s role in the world and its foreign policy motivations. The Western literature is rich in tools and frameworks to interpret international developments. But these are not necessarily applicable in all parts of the world and in relation to all countries. In that regard, the attempt to understand China from a Western perspective can hardly produce satisfactory results or can be challenged.

This effort becomes even more complicated as recent analysis in the West tends to combine China’s foreign policy with the relative slowdown of its national economy. In particular, it sees an assertiveness in Beijing’s policies which is attributed to the current turmoil. Perhaps the most representative example is a study recently published by the Council on Foreign Relations titled ‘Xi Jinping on the Global Stage.’ This study argues that the Chinese President ‘will most probably stimulate and intensify nationalism […] to compensate for the political harm of a slower economy.’

From another perspective, the gradual development of an international relations theory with Chinese characteristics is a promising initiative to complement the lively debate. Such an initiative aims at moving away from the Anglo-Saxon scholarship and offers an alternative. Hun Joon Kim, a professor from Korea University, for instance, acknowledges the difficulty of the project but talks about an “extremely fertile ground for any lucky, timely seed of Chinese international relations theory to germinate, flourish, and proliferate.’

It is very helpful for the Western audience that leading journals of world politics have started to concentrate on this idea in articles published principally in English. It becomes apparent that in a rapidly changing world new frameworks are required to successfully monitor developments. The rise of China cannot be fully understood in the West when it is only considered as a dangerous phenomenon or an opportunity for the country to acquire Western standards by cooperating with international institutions. The main challenge is how a model of mutual understanding could be employed, possibly leading to the evolution of a common logic.

Western and Chinese international relations theories should not be considered as opposite frameworks. By contrast, scholars advocating for the one or the other view might have the opportunity to come closer, exchange opinions and shape new approaches for the future. In the final account, a comprehensive reading of world politics cannot exclusively rely on only one school of thought. It normally has to combine elements. The combination of elements practically means that the rise of China is a new factor which needs to be taken into account while Western interests will be accommodated.

It is too early to foresee how Western interests will intersect with the new role of China in the world. Details will be disclosed in the future according to political developments and especially the evolution of the bilateral Sino-US relationship. The recent press conference of Chinese Foreign Minister Wang Yi and US State of Secretary John Kerry in Washington highlighted existing differences but also several issues where both countries can cooperate in a harmonious way. As long as a balance can be found at the political level, the international relations scholarship will adjust.

The current period is certainly a transitional one as the structure of the world gradually becomes multipolar or apolar. Although the role of scholars is not to predict developments but to analyze the ongoing or previous situation, their growing interest in China’s foreign policy is indicative of the new landscape. Exchange visits between Western countries and China, access to several different sources and less parochial argumentation will pave the way for the finding of a modus vivendi, even if opposite views are taken.  The younger generation of students will be educated by reading new textbooks, journals and other material. Old-fashioned or non-updated context will not serve the objective of providing a clear understanding of the world under current circumstances.