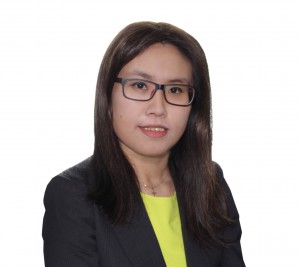 China Ocean Shipping Company (COSCO) acquired a 67% stake in Piraeus Port Authority (PPA) earlier in January this year, in a privatisation deal valued at a total of EUR 1.5 billion. The agreement is a significant milestone for the Hellenic Republic’s privatisation program which is set to generate a significant boost for the country’s struggling economy. The deal also sets the foundation for the implementation of Xi Jinping’s 21 Century Maritime Silk into Europe.

A glimpse of hope for Piraeus Port

COSCO’s investment in Piraeus Port is not something new. Investments began in 2009 when COSCO obtained a 35-year concession from the Greek government to operate Piers II and III of Piraeus’ container terminal. The investment has allowed the once declining port to grow rapidly over the last few years, with container throughput increasing approximately 4 times from 2009 to 2013, from 0.67 million to 3.20 million twenty-foot equivalent units (TEU), making it the 10th largest port in Europe in 2013. The company has also established a distribution centre at Piraeus and invested in a railway link between the port’s terminals and the national railway system.

COSCO’s continued investment in Piraeus Port is good news not only for the port but also for the larger Greek economy. In the short-run, the sale is expected to generate a revenue of EUR 410 million for the crippling Hellenic Republic and boost momentum for the leftist government’s long halted sale of other state assets in order to fulfil its commitment under the third bailout agreed in August 2015. In the long run, the privatisation deal which comes with a commitment to invest at least EUR 350 million in upgrading the port’s infrastructure over the next ten years will build momentum for Piraeus to become a major transhipment hub in the Mediterranean.

The crucial link in China’s “One Belt, One Road” strategy

Acquisition of Piraeus is a major boost for China’s ambitious plan to revive the ancient maritime corridor running from the South China Sea to the Mediterranean Sea. The 21st Century Maritime Silk Road announced by President Xi Jinping in October 2013 is an ambitious maritime infrastructure development programme focused on port developments by Chinese state-owned companies or companies closely linked to the government along the main Asia-Europe shipping route.

Strategically located in the Mediterranean, Piraeus is at the Western end of the Maritime Silk Road running from major ports like Shanghai in China. Coupled with other port developments in Southeast Asia, South Asia and the Eastern coast of Africa, Piraeus completes China’s maritime link into the Mediterranean and Europe.

More importantly, investment and acquisition of Piraeus acts as a springboard for the development of Piraeus into a transhipment hub in the region. COSCO has not only invested in port infrastructure but also a large network of outward-linking infrastructure, including a railway linking the port’s terminals to the national railway system, which significantly improves Piraeus’ connectivity to the rest of Europe. Already this new railhead has encouraged companies such as Hewlett-Packard to relocate their distribution services to Piraeus, boosting the port as a distribution hub for goods shipped from China to the rest of Europe.

Greece has also expressed willingness to sign a customs clearance treaty with China which will clear way for a direct linkage between Piraeus and planned land-sea express passage connecting Greece directly to China via Belgrade and Budapest through the planned Hungary-Serbia railway. This will make Piraeus an important hub which connects China’s Maritime Silk Road to the land-based Silk Road Economic Belt and boost China’s connectivity to Europe.

The acquisition of Piraeus provides China with a new entry point for Chinese exports into Eastern and Central Europe. This will help boost Chinese shipping to the region by providing direct access to wider European market through Greece. Market access to Europe is extremely crucial for China as the European Union is currently China’s largest trading partner.

COSCO’s status as a major carrier on the East-West route and its membership in the CKYHE Alliance has been instrumental in creating a new maritime trade route from China (and Asia) to Central Europe through Greece. Recent news of a possible mega alliance spearheaded by COSCO and CMA CGM could potentially increase the importance and significance of Piraeus as the Western end of the East-West route.

Piraeus is also likely to become increasingly important for China’s trade with its second largest trading partner, the United States. There has already been a shift from trans-Pacific to trans-Atlantic route for container shipping between Asia and the United States due to the restriction on large container vessels transiting the relatively narrower Panama Canal compared to the Suez Canal. Increase shipping traffic through the Suez will boost the importance of Greece as an intermediate hub for container shipping between China and the American east coast.

The Maritime Silk Road initiative will inevitably bring China closer to Europe. The investment in port and railway infrastructures will encourage ever greater trade flows between China and Europe. As China’s interests in Europe increase with rising interdependency between the two economies increase, there will be greater incentive for countries to cooperate on more complex political and strategic issues to help maintain a stable geostrategic environment for mutual economic prosperity.

On the other hand, there is also potential for increase conflict between China and Europe. Chinese investment in large infrastructure projects could potentially increase Beijing’s leverage in its relations with host countries, thereby affecting the host countries’ relations with other countries in the region. Moreover, as the case of Piraeus illustrates, Chinese investments have the potential to alter trade routes between Asia and Europe, especially in the long run. The focus of the “One Belt, One Road” initiative in Central and Eastern Europe could in the long run improves the economic status of these regions in the European Union.  The inevitable shift in economic power from Western to Eastern Europe will increase tensions within the European Union and add a new, complex dynamics to China-EU relations.