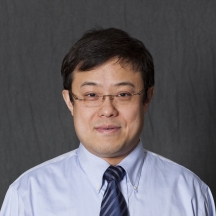 Talking to chinaandgreece.com Professor Kai HE from Griffith University * discussses the current ‘bargaining process’ between China and the outside world. He also analyses whether Beijing could undertake a ‘deal-broker’ role in the Middle East and focuses on the future perspectives of Sino-American relations. Last but not least, Professor HE explains whether the newly-established Asian Investment and Infrastructure Bank (AIIB) might challenge the world financial system.

How do you assess the current ‘bargaining process’ between China and the outside world in the context of China’s rise?

The current bargaining situation between China and the outside world, especially with the United States, the existing hegemon, is not optimistic. We can see that the two nations are at odds on many issues, especially the Freedom of Navigation (FON) in the South China Sea, and North Korea. The key to a successful bargaining lies in ‘mutual accommodation’ between the two parties. For China, it needs to convince the outside world, whatever it bargains for is not only legitimate but also well-deserved. For the United States, merely ignoring or rejecting what China wants cannot stop or contain China’s rise. It will be wise for US policymakers to take China’s bargaining efforts seriously and consider reaching a bargaining deal that both accommodates China’s rise and protects US vital national interests.

Is China able to undertake a ‘deal-broker’ role in the Middle East?

In my view, it is difficult for China to play a ‘deal-broker’ role in the Middle East at the current stage. First, China is still a regional power in the Asia Pacific and its power projection capabilities are still limited. In other words, China is not a global power yet although it indeed has huge economic and even strategic interests in the Middle East. Second, China might not want to meddle in the Middle East affairs, which are the most complicated inter-state relations in the world. It is true that President Xi visited Saudi Arabia, Egypt, and Iran during his first international trip in 2016. However, how much China wants to get involved in the Middle East is still not clear. China might only test waters or send a bargaining signal to the United States and the outside world, through which China reveals what it wants—influence, prestige, and status—along with its rising capabilities. In other words, the Middle East will be one of China’s bargaining chips with the outside world. What China will do is to play an appropriate, not a designated ‘deal broker’ role that fits China’s national interests.

Would the US (especially under a Republican President) be prepared to come to deals which accommodate both its national’s interests and China’s rise?

Well, it is hard to answer. No matter who becomes the President, a Republican or a Democrat, maintaining US hegemony or primacy will be the priority of his or her national security strategy. No hegemon will be willing to or voluntarily accommodate a rising power. On the other hand, it is not easy to accommodate a rising power either because a rising power might not even know what it really wants. Therefore, a successful bargaining deal only happens when both parties in the negotiation, to a certain extent, compromise and accommodate to each other’s interests. The first thing the future US President needs to do is to re-evaluate/reassess the current China policy for necessary changes. However, this self-reflection process might not be take place voluntarily. The US-Chinese relationship might get worse before it gets better.

Do you believe that AIIB (and possibly the BRICS New Development Bank) will challenge the world financial system?

Yes, I think the emergence of the AIIB and BRICS bank will definitely pose a challenge to the world financial system. However, there are different types of challenges. Some challenges might encourage healthy competitions between the existing financial institutions and the new ones. The outcome then will be positive, reformative, and a win-win situation for all parties. Other challenges, however, can be revolutionary and zero-sum in nature between the existing financial system and the new comers. In my view, the AIIB and the BRICS bank can play a more positive and reformative role in re-shaping the current global financial system. However, the final outcome will still depend on the bargaining between emerging powers, such as the BRICS countries, on the one hand and existing Western powers, led by the United States, one the other. The best bargaining outcome is not for either party to claim a victory, but for all to celebrate some forms of success in the world financial system.

*Kai He is an Associate Professor of International Relations in Griffith Asia Institute and Centre for Governance and Public Policy at Griffith University in Brisbane, Australia. He is the author of Institutional Balancing in the Asia Pacific: Economic Interdependence and China’s Rise (Routledge, 2009), Prospect Theory and Foreign Policy Analysis in the Asia Pacific: Rational Leaders and Risky Behavior (co-authored with Dr. Huiyun Feng, Routledge, 2013), and China’s Crisis Behavior: Political Survival and Foreign Policy (Cambridge, 2016).