FAQ on granting China MES and the role of Europe 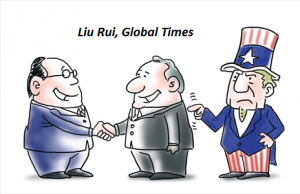 The potential recognition of China’s Market Status Economy (MES) in the World Trade Organisation (WTO) in an issue of particular significance at the global financial system in 2016. Whether the European Union will decide to grant China MES is critical for the latter ‘s ambition to finally aqcuire this status. There is currently a lively debate in Europe on the matter while the European Commission has created an online platform aiming at strengthening public consultation. The website chinaandgreece.com attempts here to offer answers on some of the most important questions.

China became a member of the World Trade Organisation in 2001. According to article 15 of WTO, China non-Market Status Economy will expire by the end of 2016. This can theoretically pave the way for the country to be granted MES. However, there is a legal debate on whether China should be automatically granted MES irreespective of its compliance with all necessary criteria.

What does it mean for Europe to possibly offer China MES?

The important role of the European Union in the WTO is unquestionable. In that regard, if it decides to grant China MES, this decision might also affect the one of other members of WTO on the same theme. As far as the European Union itself is concerned, its negotiations with China on trade and financial issues will be indicative of its strategy and motivations at the global financial system.

What are the potential benefits for the European Union if its grants China MES?

Such a development can reinforce relations between the European Union and China. Its supporters  consider that  Chinese investments will increase in Europe offering new job positions. Furthermore, Chinese companies might be keen on participating in Juncker’s investment package, which will  constitute an important pillar of Europe’s effort to boost growth. Last but not least, stronger bilateral relations between the two sides  are expected at the political level.

What are the potential  negatives consequences for the European Union, if it offers China MES?

The ones who oppose the EU offering China MES  – even if the country does not comply with international requirements – can have a negative impact on the European industry and other economic sectors in Europe. That is because the European Union might be unable to impose protective measures against Chinese imports because of unfair competition.

How are negotiations in Europe developing?

Most European countries are positively predisposed regarding the possibility for the European Union to grant China MES. Despite disagreements expressed by industry associations, several European politicians as well as the European Commission believe that Europe has more to gain than to lose. In particular, countries like Germany, the UK, and France are in favour. Others, however, like Italy are adamantly opposed.