Central Eurasia the linkage between East and West in Antiquity 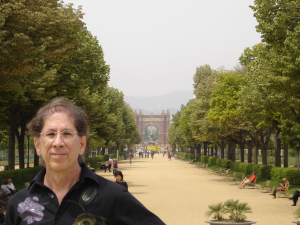 In an exclusive interview with chinaandgreece.com and Mr Konstantinos Papanicolaou, Professor in the Department of Central Eurasian Studies at the University of Indiana Christopher I. Beckwith, offers insights on the importance of Central Asia in the connection between East Asia and Europe in the ancient and medieval world. Moreover, he analyses the complexity of the economic, social and cultural contacts that emerged between East and West throughout the centuries.

In my book Empires of the Silk Road: A History of Central Eurasia from the Bronze Age to the Present (Princeton University Press 2009) I explain that the term “Silk Road” is a misnomer. There was no “Silk Road”, there were no “Silk Roads”. What existed “between East and West” was a large, major world region, Central Eurasia, which had a complex economy of its own, including its urbanised core, Central Asia. I use the term “Silk Road” to refer to the complex economy of Central Eurasia (including Central Asia) and its interconnections with the world around them, including East Asia, South Asia, the Near East, Europe, and the Arctic. One of the most salient characteristics of Central Eurasian people throughout history, even down to the present day, is their strong interest in trade, and their willingness to travel in order to trade. From Antiquity on, when we have good historical accounts of various Central Eurasian peoples written in Greek, Latin, Chinese, Arabic, and many other languages, they tell us directly or indirectly that Central Eurasia was the economic and cultural center of the world. But the Central Eurasians did not just stay at home enjoying this, they travelled to other parts of Central Eurasia or into the peripheral countries, above all in order to trade, but sometimes in connection with wars that overlapped Central Eurasia and the periphery. But it is crucial to understand that the term “Silk Road” was invented in the nineteenth century as a metaphor. There was no “road”, and what people did when they travelled was not just to carry silk back and forth. Because they did travel, some ideas and objects travelled with people, but they actually do not account for the major economic, political, and cultural changes that occurred because of Central Eurasians. These happened as a consequence of migrations, conquests, and other large-scale events of this kind.

Would agree that the Silk Road was the main linkage between the two more important international systems of the ancient world, the Eastern Mediterranean-Middle East and the Far East?

No. The Eastern Mediterranean-Middle East and East Asia were not the “two more important” international systems of the ancient world. Scholars specialising in early Central Eurasia have discovered that very many crucial intellectual, scientific, artistic, and other innovations come not from the peripheral cultures of Eurasia but from Central Eurasia, especially its highly urbanised, civilised core, Central Asia. In my book Warriors of the Cloisters: Central Asian Origins of Science in the Medieval World (Princeton University Press 2012) I analyse several important examples, most importantly the monastery-college and the scientific method, but there are many more that should be studied carefully.

Pyrrho did not really merge ancient Greek philosophy with Buddhism, he seems to have adopted an early form of Buddhism when he was in India with Alexander the Great in the late 4th century bc, and when he returned to Greece he taught a version of what he had learned in a way that would be comprehensible to Greeks. One thing he focuses on is the lack of any absolute distinction between opposed ethical terms such as ‘just’ versus ‘unjust’, ‘true’ versus ‘false’. Among other things, he recommends not allowing oneself to be pulled in either direction by them. Early Taoism is a Chinese philosophical system from the same period that is based partly on Early Buddhist ideas, but they are interpreted in quite a different way by the Chinese, and developed in a different direction. The Taoists came to promote the idea of the unity of opposites, of the existence of a continuum between opposites, and so on. The moral is that major cultural contacts of this kind do occur, but not just by someone passing through. Pyrrho was in Persia, Central Asia, and India for ten years. He lived there.