A boom of Chinese tourists’ arrivals to Greece can happen 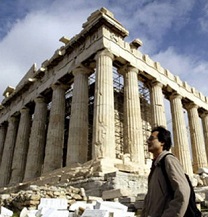 Tourism is the driving force of the Greek economy. A report of the Association of Greek Tourism Enterprises suggests that international visitors of Greece will amount at 22-24 million people in the next 8-10 years. Spending from their part will also increase. In particular, tourism will contribute 45-48 billion euros to the Greek GDP, that is to say 16 billion more in comparison to 2013. Moreover, 300.000 job positions can be possibly created according to optimistic estimations.

Within this framework, China’s significance for boosting Greek tourism will be great, if its high population is taken into account. Available data is encouraging. 28.328 Chinese tourists – having China as their departure point – visited Greece in 2013 as opposed to 12.203 ones in 2012 and 15.838 ones in 2011. The number of Chinese tourists annually visiting Greece is even higher because most of them prefer to travel to two or three countries when organising an international flight to Europe. Take this they arrive to Greece having another European country as their departure point.

A boom of Chinese tourists’ arrivals to Greece can certainly happen in coming years. A study of the World Tourism Organization (UNWTO) demonstrates that the volume of Chinese tourists making international trips has grown from 10 million in 2000 to 97,3 million in 2013. As far as China’s expenditure on travel abroad is concerned, it reached 129 billion dollars in 2012. It is thus the first tourism source market in the world in terms of spending. American tourists, for instance, spent 86 billion dollars in 2013.