Actions in support of Nepal 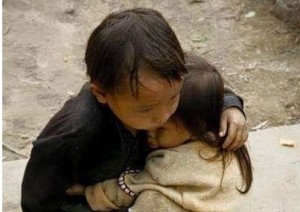 On 25 April Nepal underwent the most dramatic disaster since the 1934 Nepal-Bihar earthquake. The 2015 devastating 7.9 magnitude earthquake – also known as the Gorkha earthquake – killed more than 8,000 people and injured more than twice as many. It is almost impossible to realise the catastrophe and its impact without being on Nepal’s ground. In such a crisis, the role of disaster diplomacy can be significantly important. In that regard, Mr Ankit Panda, Associate Editor of The Diplomat and former Research Specialist at Princeton University where he worked on international security and geopolitics explains to chinandgreece the role disaster diplomacy can play in foreign affairs and offers his insights to the assistance offered by various countries to Kathmandu. 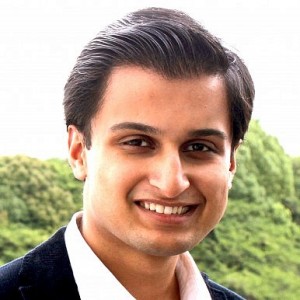 According to Mr. Panda, ‘in strategic terms, every dollar sent to a country in the wake of a natural disaster yields a higher return than if it were sent in a time of tranquility; nations appreciate assistance when they need it most. In Nepal’s case, this has certainly been true and it’s a major reason why neighboring states like India, China, and Pakistan have rushed to the rescue. Reactions in times of crisis affect broader strategic ties between states’.

China was one of the countries that undertook actions to help Nepal and it seems as it will complement its policy with additional measures. As Mr. Panda says ‘China has sent financial and material assistance. Within 24 hours of the crisis, Beijing had dispatched blankets, a medical team, power generators, and sniffer dogs to assist in search and rescue operations. In the days since, Beijing has expanded this aid, supplementing it with additional personnel.’ More precisely, the country has sent more than 200 military staff, 10 plane loads of tents and other supplies along with helicopter support. The defense ministry said last week they had moved 45,000 people to safety and made emergency repairs on more than 53 kilometers (33 miles) of roads damaged by the quake. The leader of the U.N. Development Program, Ms. Helen Clark, praised China’s relief efforts in Nepal and said the country’s importance to global development will only grow. It seems as China is willing to share its experience as it has learned from the recent years’ earthquakes disasters it has experienced.

But not only China has drastically reacted to this natural disaster. In the words of Mr. Panda ‘there has been a concerted global response to this tragedy. India and Pakistan have sent considerable assistance, as have other countries in the region. The United States and Japan have also lent their assistance, expertise, and financial help to the country’. Moreover, Russia’s immediate assistance, the United Kingdom’s immediate relief, Sri Lanka’s medical teams and specialised search and rescue units and Austalia’s aid package are also worth mentioning.

In the context of the crisis Nepalese are facing, words are useless. Our thoughts and prayers are with the people of Nepal. International Medical Corps is on the ground helping the earthquake survivors and they need our support. You can help them by donating small amount of money.  Cause Nepal will rise, again.

You can read here the previous interview of Mr. Panda on China and the Ebola crisis.