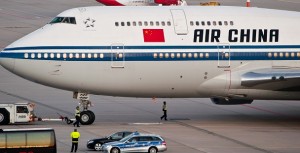 An increasing number of Chinese citizens is gradually interested in visiting Greece. This tendency becomes apparent as the arrivals of tourists from China in Greece is growing every year. In that regard, Air China plans to launch new flights connecting Beijing with Athens.Ambassador of China to Greece Mr Zou Xiaoli announced this new plan on the occasion of a reception organised by the Embassy of China to Greece to celebrate China’s New Year while focusing on tourism co-operation between the countries. As he said, ‘Air China will upgrade the flights between Beijing and Athens with larger and newer planes starting from 1 June 2016’. According to current timetables Air China connects Beijing with Athens two times per week via Munich.