Alexis Tsipras to visit China from 2 until 6 July 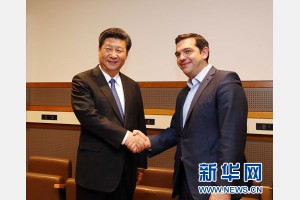 Greek Prime Minister Alexis Tsipras will visit China from 2 until 6 July 2016. Mr Tsipras positively responded to the invitation of President of China Xi Jinping during their meeting in New York in September 2015. This will be the first visit of a Greek Prime Minister in China after May 2013 and it will mark the improvement of Sino-Greek relations following the privatization of Piraeus Port Authority. The news about Tsipras’ visit to China was reported by the Greek National Broadcaster on the day President of Russia Vladimir Putin paid an official visit to Greece.