Ambassadors of European countries to China write about EU future 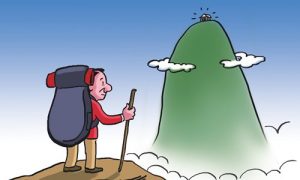 ‘The signing of the Treaties of Rome in 1957 by Belgium, France, Germany, Italy, Luxembourg, and the Netherlands marked the very foundation of what has now become the European Union. Today, as we celebrate the 60th anniversary of that ground-breaking agreement, we are proud of our achievements, and of our ability to stand up to challenges; and we confidently look forward to shaping our common future together.

Enlarged over the years to include new member states and new areas of cooperation, the European Union is now the best place to live, travel, study and work across national borders. It is the place where frequent wars have given way to long-standing peace and where individual freedoms are guaranteed and the rule of law has replaced the rule of the iron fist. The European Union is one of the world’s most prosperous economies and is the leading foreign investor in most parts of the globe. It is home to the world’s largest single market and second most-used currency. We invest more in development cooperation and humanitarian aid than the rest of the world combined.

The Union is also at the cutting edge of innovation and is a global leader on climate change. Europe’s role as a positive global force is more important than ever.  The 2012 Nobel Peace Prize is a testament and worldwide recognition of our efforts.

But with this anniversary, we look forward as well as back. Europe has many challenges. The complexity of the European Union is not always easy to explain, and strong public support for the European project is no longer unconditional. Our economy is recovering from the global financial crisis but this effect is not evenly spread. Unemployment is particularly high among younger generations. The global order, too, is undergoing profound changes. Parts of our neighbourhood are destabilised. Terrorism reminds us that promoting freedom and universal values comes at a price. Refugees and economic migrants seek to reach European shores. And we will soon face the challenge of negotiating the departure of one of our members. Despite these challenges, the European Union remains an unprecedented and successful example of regional integration. We have to sustain our place in the constantly changing world, reaffirm our values, address the challenges we are facing and deliver on people’s expectations. Europe’s success will also require international efforts.

China has always supported European integration and counts among our main strategic partners. EU-China relations date back over 40 years, evolving into a bilateral and global partnership that has gradually extended from trade to global governance and security, as well as extensive people-to-people links. But we need continuously to think about the future and how to make this relationship stronger. With this in mind, we look forward to the many high-level exchanges and dialogues which take place each year, culminating in the annual EU-China summit.

As we write, European leaders are gathering in Rome, determined to make a success of the European Union and to offer to our citizens an attractive vision they can trust and support. Robert Schuman, one of the founding fathers of the European Union famously said, “Europe will not be made all at once, or according to a single plan.” We are confident that Europe has the will and the capacity to achieve it’