Anxiety about the economy unites Chinese and Greek public opinion 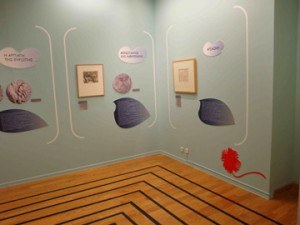 China and Greece are being currently encountered with a different type of economic crisis. The former finds itself in a difficult transition period changing its growth model while the second applies tough bailout terms. International media attention has turned towards both cases as long as the Chinese and Greek governments are attempting to overcome their problems. Within this context, public opinion in China and Greece share similar feelings on the ongoing situation as well as on future developments.

As far as the Chinese society is concerned a Gallup survey shows that a growing number of adults is worried and stressed. In particular, 27% of Chinese say they worried and 40% say they experienced a lot of stress in 2015. In 2014, percentages had been 28% and 18% respectively. Gallup attributes the growing anxiety to the personal economic status of people living in the country. The satisfaction of the Chinese with their household income took a major hit in 2015, dropping from a high of 66% in 2014 to 58% in 2015 as tumbling stocks, a devaluing yuan and low consumer spending battered the national economy.

As far as the Greek society is concerned, an almost permanent tendency of frustration is apparent. According to survey organised by MRB company 62,9% of Greek citizens believe economic conditions will deteriorate in the country in 2016.  Additionally, a 81,4% is not optimistic for the future. Also, a recent Kapa Research poll demonstrates that 62,1% of respondents in Greece are not satisfies with the performance of the Alexis Tsipras government since January 2015.