Art has been bringing cultures closer for millennia 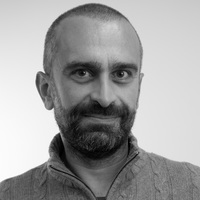 For the first time in 35 years, the Benaki Museum presents to the Greek and international public highlights from its collection of Chinese ceramics. Ninety masterpieces of ceramic art from the historical collection of George Eumorfopoulos, donated to the Benaki Museum in the 1930s, testify to the global impact of Chinese civilisation, shed light on the course of contact between China and the West through art, and attest to the vision of the collector and his ties with Greece. The curator of the exibition, Dr George Manginis, talks to chinaandgreece.com on this initiative as well as on the importance of art and future steps to complement the current one.

How can the exhibition journey through the civilisation of China as well as illustrate the contact between China and the West?

‘Ceramics from China’ adopts a revolutionary exhibition strategy. It employs the same 90 objects to tell two stories rather than arrange the exhibition material onto two groups. The first story (‘The history of China’) runs around the exhibition room clockwise while the second story (‘The discovery of China’) moves along the same path in the reverse, anticlockwise direction. The first story is chronological, from 2,500 BCE to 1911 CE. The second story resembles an archaeological excavation, moving from the most recent to the most ancient times, delving into Chinese history like the early 20th century scholars and enthusiasts whose legacy the exhibition celebrates. In this way, visitors can focus on a small but superb selection without having to familiarise themselves with too many objects. Furthermore, this novel arrangement serves as a comment on the relativity of the narratives, the ‘stories’ we choose to highlight in any museum exhibition or display.

Finally, and I would like to stress this point particularly, the exhibition is the first attempt internationally to present the ways in which China, through the good offices of a group of dedicated scholars and enthusiasts among which George Eumorfopoulos (the donor of the Benaki Museum collection) was pivotal, emerged in the early 20th century as one of the oldest and most important ancient cultures in the world. This feature makes ‘Ceramics from China’ particularly interesting for Chinese audiences. 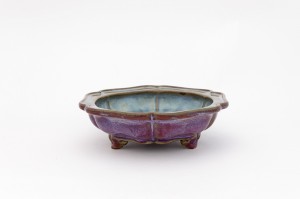 What is the contribution of George Eumorfopoulos for the Greek audience to familiarise itself with Chinese art?

George Eumorfopoulos (1863–1939) was born in Liverpool to Greek parents and lived all his life in London. Similarly to other diaspora Greeks, he was publicly-minded and wanted to contribute to the advancement of a country he knew very little but loved very much. Just like his friend Antonis Benakis, born and raised in Alexandria, he believed he could offer more by educating the Greek people than by acting philanthropically. What separates both men’s approach from earlier benefactors is their belief in the importance of art. They were particularly open to the material culture of distant and ancient civilisations, Islam for Benakis and China for Eumorfopoulos. In offering a specially-selected and educationally-targeted collection of Chinese ceramics, Eumorfopoulos promoted an open, cosmopolitan vision of the world to the young and small country of his forefathers. It is the responsibility of our generation to adapt this vision for the audiences of a new but equally troubled century.

Is art a means which can nowadays bring China and the West closer?

Art has been bringing cultures closer for millennia. What the ‘Ceramics from China’ exhibition illustrates with remarkable clarity is the extent and depth of contacts through trade and diplomacy between the ‘Middle Kingdom’ and the lands lying to its West — Sassanid Iran, Rome, Byzantium, Islam, India, the Christian kingdoms and empires of Europe, the colonies and states of the Americas. The medium of these contacts was always art, rare objects of technical sophistication and innovative design which travelled by land or sea. This historical reality informs both the way people internationally see the relationships between China and the rest of the world (a fascinating mixture of business and culture) and the policies of the Chinese government (‘soft power’ initiatives). I do not only refer to ancient art but also to the formidable power of contemporary artistic production. Dozens of museums are founded every year in China and they showcase the country’s remarkable legacy as well as global art, old and new. Correspondingly, at any given time dozens of exhibitions introduce China’s cultural achievement to audiences from California to Istanbul. This constant exchange promotes the mutual understanding of peoples’ needs and ways of thinking.

Can we expect additional cultural initiatives in the near future in either Greece or China?

Our deepest desire is to invite opportunities to work together with Chinese research centres and museum organisations in joint projects not only on the collection but on a wider variety of subjects. However, the current recession does not allow the active pursuit of strategies for cultural rapprochement. It is difficult to travel, organise conferences or invite experts working in the cultural sector.  Nevertheless, the internet provides an avenue of dialogue with unprecedented possibilities. In the near future the online catalogue of the Benaki Museum Collection of Chinese Ceramics will be launched. It will be a platform of exchange and information free and open to all. Furthermore, the opportunity to publish a Chinese edition of China Rediscovered, the book accompanying ‘Ceramics from China’, would be welcomed. The book has a wider scope than the exhibition itself and can act as an ambassador for the cosmopolitan vision of Eumorfopoulos — to bring the great cultures China and Greece together. Finally, fundraising with the ultimate aim to exhibit the collection permanently is of paramount importance, as is touring the exhibition in various venues internationally.