An exclusive interview with Megan Greene 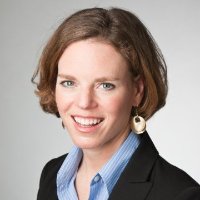 According to Megan Greene, Chief Economist and Managing Director at Manulife Asset Management, an agreement between Greece and its creditors can be ultimately found. She expects a mini-MoU as a bridging program based on those reforms that both sides support—particularly institutional reform, cracking down on tax evasion and eliminating corruption. Additionally, Megan Greene considers the Grexit scenario as possible but unlikely and encourages Asian investors to pay close attention to developments in Greece and the eurozone.

Do you expect the new Greek government to come an agreement with its creditors in the end?

Ultimately, I think an agreement can and will be found to solve both Greece’s immediate cashflow crunch and its longer term debt sustainability. According to a recent Greek poll, 76% of Greeks are in favor of Eurozone membership. It is unlikely the new government will go against its population on this, particularly given its constant mention of working to fulfill its mandate. German Chancellor Angela Merkel is also in favor of keeping Greece in the Eurozone. Her finance minister and the Bundestag are less resolute, but Merkel’s power has never been stronger and ultimately her preference will win out. I expect Greece and its creditors to agree on a mini-MoU as a bridging program based on those reforms that both sides support—particularly institutional reform, cracking down on tax evasion and eliminating corruption. Over the longer term, I think Greece’s sovereign debt will be made more sustainable by successive extend and pretend programs, whereby Greek bond maturities are kicked out further into the future and interest rates are reduced.

Grexit is back on the international media agenda. Is the possibility real?

Grexit is possible, but it is very unlikely. It is in no one’s best interests by now—Greeks have already done the hard work to adjust their fiscal stance and have implemented austerity for five years. European exposure to Greek government bonds is still sizeable; German banks are the only ones to have increased their holdings of Greek government bonds since 2012. Still, the negotiations between the new Greek government and its creditors will involve brinkmanship, and mistakes are sometimes made when brinkmanship is involved. The risk of Grexit is higher than it was before the early election was called, but is still very unlikely.

Do investors from Asia – such as Chinese ones – have to worry about developments in Greece and the eurozone?

Asian investors should absolutely pay attention to developments in Greece and the Eurozone. The Eurozone is a significant importer of Chinese goods, and so demand coming out of Europe will impact Chinese growth prospects. Fiscal and economic contagion of instability in Greece will most likely be contained, barring a Grexit. Still, there will be significant political contagion from Greece. Syriza is one of a number of anti-establishment opposition parties to gain significant support in Europe over the past year and a half. Its success in government will impact politics in other European countries in 2015, when there are elections due in Spain, the UK, Portugal, Finland, Estonia, France (regional) and Germany (regional).