The Athenian Brewery opens the door of China 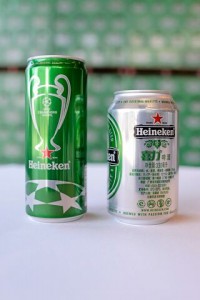 A discussion with Mr Minas Mavrikakis

The increase of exports is perhaps the most efficient business strategy for Greek companies endeavoring to overcome the difficulties of the ongoing crisis. A typical example is the Athenian Brewery company, the largest producer and distributor of beer in Greece having an active presence in the country for more than 50 years. Investing in an export-oriented strategy the Athenian Brewery did recently reach the markets of China and Italy expanding the network of its destinations. In particular, the company is implementing an agreement for the production of 160.000 hectoliters which are exported from the ports of Piraeus and Patras. 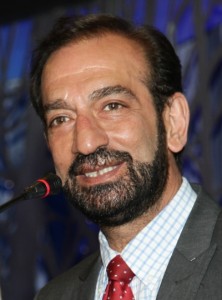 ‘The total investment required in order to proceed amounted to two million euros’ says Mr Minas Mavrikakis, Communication & Company Affairs Director to chinaandgreece.com. Both the Athenian Brewery and Greece will subsequently enjoy benefits. As Mr. Mavrikakis explains ‘new job positions will be created, Greece’s bilateral trade with China and Italy will be boosted and Greek barley as well as domestic raw materials will be used’.

For the Athenian Brewery, however, the increase of its exports to the Chinese and Italian markets goes further. ‘It outlines that HEINEKEN group showed confidence to Greece and to the company’ asserts the latter’s Communication & Company Affairs Director. In other words, the HEINEKEN group has decided to support Greece in a difficult economic period positively evaluating the specific characteristics of the Athenian Brewery. These include the systematic and steady increase of its exports in previous decades, its institutional know-how as well as its competitive and high quality products. 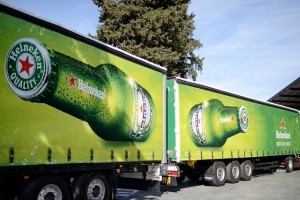 The Athenian Brewery is now looking towards the future especially in approaching the Chinese market. As Minas Mavrikakis says to chinaandgreece.com ‘an important step has been already made and this  may be followed by additional ones depending on the results of this project’. ‘The Athenian Brewery currently operates as a link connecting the HEINEKEN group to China through the production of a particular beer can in Greece and this co-operation can be possibly expanded’, he adds. But he notes that final decisions will be made by the end of the year when financial data will be available. Last but not least, Mr Mavrikakis is optimistic about the future of Greece arguing that ‘despite existing difficulties and obstacles the country will manage to find its way’. If this happens, the Athenian Brewery will be able to invest more in the domestic market. 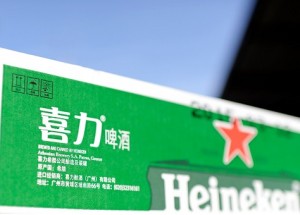 The Athenian Brewery is the largest beer manufacturing and commercialising company in Greece. It was founded in 1963 by a group of Greek businessmen and it currently has four factories in Greece, three for beer production in Athens, Thessaloniki and Patra, and one factory in Lamia producing the natural mineral water IOLI. The year 1965 was the milestone year for the company as it was then that it began the production of Amstel beer, while in 1981 it initiated the production of Heineken beer.

The volume of exports of the Athenian Brewery is expected to exceed 400,000 hectoliters in 2015. This upward trend is due to the dynamic and growing portfolio of the company including brands such as Heineken, Amstel, ALFA, Fischer, natural mineral water IOLI and innovative products based on malt, intended exclusively for external markets external such as Fayrouz. It is worth-mentioning that since the beginning of the crisis the value of exports of the Athenian Brewery has reached 122 million euros.