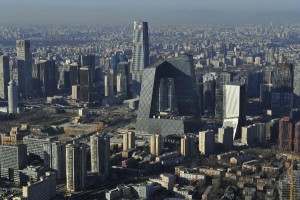 A survey of 15 global cities shows Beijing has THE least affordable rental housing market in the world, with costs soaring to more than 1.2 times average wages. The report was conducted by UK-based not-for-profit organization Global Cities Business Alliance. Specifically, it shows Beijing also has the second-longest commute, in part due to high rents, an average of 104 minutes per round trip, ranking only after Mexico City. Shanghai takes a third place among the world’s 15 major cities, with daily commute of 101 minutes on average.

Findings show Beijing is also the least affordable given local salary level. It’s average housing cost accounts for more than 100 percent of net earnings. Abu Dhabi only comes as a distant second in terms of affordability, with rental costs equal to 70 percent of local net earnings, followed by Hong Kong as a third. The report says Beijing could have seen spending boosted by 3.4 billion US dollars, and have added some 422,000 new jobs if housing only rose 10 percent over the past five years. The report also points out that rising housing costs place upward pressures on wages as businesses attempt to retain top talent in expensive cities.