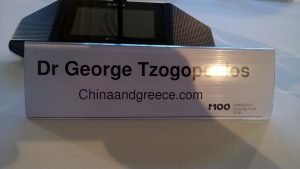 The future of Europe was a significant issue discussed durring the M100 Sanssouci Colloquium, which took place in Potsdam on 15 September 2016. Participants did, inter alia, exchange views on Brexit. Bild, the German newspaper enjoying the highest circulation in the country, referred to the argument made by founder of chinaandgreece.com, George Tzogopoulos, that ‘Brexit could also push towards more intergration within the EU by allowing some flexibility in the decision-making process’.

You can access here the report of Bild on M100 Sanssouci Colloquium.