Doing business in Iran: The importance of Sino-American co-operation for Greece 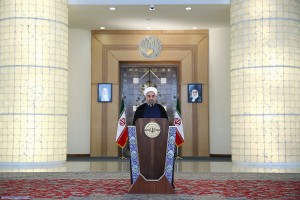 Greece – as a matter of principle – wants international challenges to be addressed via diplomacy and on the basis of international law. However, differences between the United States, Britain and France on the one side and Russia and China on the other hand have often to serious disagreements at the UN Security Council level. The recent agreement on Iran’s nuclear program shows that various obstacles could be overcome when common will exists.

There is no doubt that the role of European countries of  Security Council along with Germany was very important for achieving a final agreement in Vienna. This is also the case with European diplomacy, particularly for Catherine Ashton and Federica Morgkerini. The success should be principally credited to the United States and China though. As far as the United States is concerned, its government was not influenced by pressure exerted by the Republicans who advocate for a much stricter policy towards Tehran. For its part, the Chinese government managed to avoid a potential blockage of the agreement by Russia persuading President Vladimir Putin to accept conditions despite the his concern for future energy losses.

Within the new framework of Sino-American co-operation, Greece can benefit at the political, energy and business level. The deal on the Iranian nuclear program means that a new crisis has been averted in the Middle East. This creates some initial hopes for a relative stabilisation of the situation in the region and possibly for the launch of new peace initiatives. Furthermore, Greece and Europe will – in the medium term – regain an important oil source as it was happening before 2012.

Last but not least, there are many Greek companies which already plan to do business in Iran on the day after the agreement. A typical example is the Aegean Airlines which has already launched a direct flight to link Athens with Tehran. Flights from Athens to Tehran depart every Monday, Wednesday and Saturday at 20:15 (local time) and arrive in Tehran at 1:10 (local time). Flights from Tehran flights depart every Tuesday, Thursday and Sunday departing at 02:00 (local time) and arrive in Athens at 04:30 (local time).