Can Greece enter the BRICS Bank?

Following an initial invitation by Russian Deputy Finance Minister Sergei Storchak the Greek government is officially exploring whether it might join the BRICS Development Bank. But is this possible? And what will this entail for the country? The website chinaandgreece.com joins the debate by inviting two leading scholars from Russia and Greece to analyse the issue and share their views. Head of the Department of Economics and Politics of China at IMEMO RAN in Moscow, Dr Sergey Lukonin, and Research Director of the Institute of International Relations in Athens, Dr Constantinos Filis, prefer to keep a reserved stance among information provided in the world media discourse. 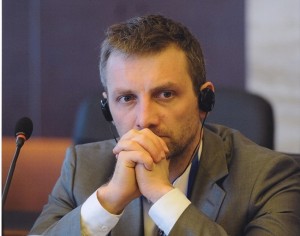 In the view of Dr Lukonin Russia ‘is attempting to show to the EU that it is able to establish closer relations with individual member states and possibly put pressure on Brussels’. But he is not sure that Moscow’s proposal is realistic. Dr Filis agrees with this approach and believes that ‘Russia is trying to exploit the disapointment by some EU members in order to undermine EU’s model but is aware that it cannot serve as a substitute”. 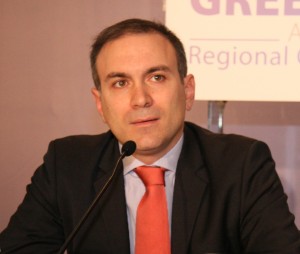 In parallel with the initial skepticism on whether discussions on a future membership of Greece in the BRICS Bank will flourish, additional questions are raised. Dr Filis, for instance, argues that Greece will be able to enter the Bank only if the latter changes its constitutional charter. That is because founding members need to contribute $10 billion and Athens is not able to find this amount under current circumstances. On the same wavelength, Dr Lukonin believes that the group of BRICS is not prepared to pay for Greece and this is certainly the case with Russia.

‘It is China which will finally decide’ argues subsequently the Russian expert explaining that this country financially contributes more. ‘And I don’t think Beijing will be willing to alter its relations with the EU on this occasion’ he says. Last but not least, the Greek scholar Dr Constantinos Filis highlights another concern talking to chinaandgreece.com: ‘The interest rate will probably be higher for Greece if it borrows money from the BRICS Bank than it is from the bailout mechanism’. He concludes by claiming that the involvement of states like Brazil, which have been hostile towards the Greek bailout program in the IMF further complicates the already uncertain prospect of Athens becoming full member of BRICS Bank.