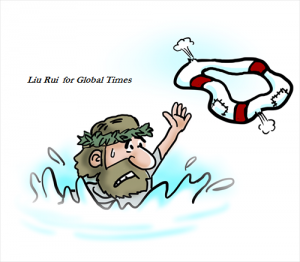 In one of the most significant elections in modern Greek history on Sunday, leftist Syriza managed to take a critical victory. More importantly, it almost immediately announced its cooperation with the right-wing party Independent Greeks, creating a new coalition government. On these grounds, the fears for a second election and a long period of political instability have been eliminated. At a first glance, a cooperation scheme between a leftist and a right-wing party entails risks for future cohesion problems because agendas are rather different. Indeed, Syriza and Independent Greeks have contradictory priorities regarding foreign policy, the role of the church, migration and statism. But it is their opposition toward the current bailout which brings them together.

In a country suffering from high unemployment and deep recession, a common tendency to terminate the policy of austerity can overshadow other differences. It is all about the economy. It is here where the success of the new Greek government will be decided. Both Syriza and Independent Greeks are prepared to renegotiate with the creditors of the country in order to change the recipe in steering it out of the crisis. This mission is highly difficult. The creditors of Greece, including Germany and the IMF, are not enthusiastic. By contrast, they call on the Greek government to respect its international obligations and remain committed to a reform path. Examples include recent remarks made by both German Finance Minister Wolfgang Schäuble and IMF Managing Director Christine Lagarde who reject the possibility of a renegotiation.

The aggressive rhetoric of Syriza in previous months is currently leading analysts to explore whether the party will be determined to turn its pre-election promises into action. Even the investments of foreign countries could be at stake. The new government has reportedly decided to halt the sale of a majority stake in the port of Piraeus in which China’s COSCO Group is a main buyer. It is not a coincidence that Chinese ambassador Zou Xiaoli was among the first to meet new Prime Minister Alexis Tsipras one day after the inauguration of the latter.

Many members of the new Greek government such as Tsipras do not have experience in governing. Sooner or later, they will realize that it is continuity which marks policymaking. There is room for changes only if presented alternative suggestions are viable and sustainable. In that regard, the Greek prime minister believes that his government will be able to meet the country’s fiscal targets by proposing a model against austerity. His will to do so has created a wave of hope in some peripheral countries, such as Spain, where the Podemos movement is gaining ground. Realism is required though. Greece cannot act independently because it does not have its own currency as was the case with the then Brazilian president Lula in 2003. The best scenario is to participate in the recently announced European Quantitative Easing umbrella. Nonetheless, it will not benefit by the new program of the European Central Bank President Mario Draghi if it fails to agree with the “Troika” of the European Commission, the IMF and the European Central Bank.

Growth will help Greece to recover. But the main challenge is not to achieve growth through a massive monetary expansion of outward resources but via domestic structural reforms. Greece needs to reform from within in order to be able and serve its debts in the future. In spite of the pain of austerity, no other way could contribute to a drastic reduction of its twin deficits, the budget and the current account, in the previous four years.

The new coalition Greek government deserves some time. Its strong public mandate provides it with political legitimacy to start talks with the creditors of the country.

It should remember, however, that previous Greek governments have failed to renegotiate. It should also be remembered that it was the Greek crisis that made the bailout of austerity necessary and not the bailout that created the Greek crisis. It is in the interests of the country, its citizens and the eurozone for the new Greek government to avoid illusions and look at the hard reality. Only by showing progress will Greece improve its bargaining position vis-à-vis the Troika and boost its credibility in order to negotiate for the post-bailout era. If it pretends to offer a panacea on its own, the new government will only lead Greece to an unknown adventure.