China has alternatives if Greece does not proceed 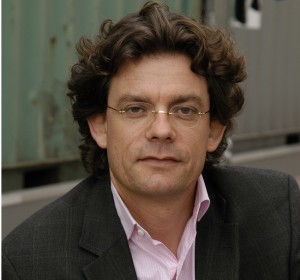 A discussion with Frank Sieren

Frank Sieren is one of the leading German China experts. And he is the only Western business journalist, who lives in China for more than 20 years.  A German bestselling author, documentary filmmaker and columnist for various media outlets he is considered by the Times of London one of the ‘decisive China authorities’. Monitoring current developments Frank Sieren could not but pay particular attention – inter alia – to Sino-Greek relations in his attempt to explore whether the SY.RIZ.A-led government will continue the policy of privatizations and how Beijing will respond to the ongoing uncertainty.

Sharing his knowledge and information in an exclusive interview with chinaandgreece.com, Mr Sieren sees the Greek government as ‘coming closer to China but not being prepared to early play this card. In his view, by approaching Beijing, Athens attempts to employ a negotiation tool and put pressure on Europe. It is also doing so with Russia, he asserts, although the latter choice ‘is much more painful for Brussels in comparison to China’. ‘Certainly Brussels is concerned’, he underlines. Under current circumstances China is not prepared to politically intervene in the European debt crisis and offer financial assistance to Greece but ‘could think about it in the worst case scenario’.

The bestselling author explains further that the recent visit of the Greek delegation to Beijing has improved the climate of misunderstanding of the previous two months but this cannot be fully confirmed before the privatization issue of the Piraeus Port Authority will be praclarified. According to Mr Sieren, ‘China seeks to have reliable partners in Europe, is disappointed by inconsistencies and regards the delay in the privatization of the port as an anti-Chinese policy of the Greek government.’  Looking towards the future if Athens fails to deliver, he does not exclude the possibility for Beijing to look for alternatives by investing, for instance, in ports of Italy and continue its economic policy towards the Balkans and Eastern and Central Europe with another staring basis. In his opinion, ‘China can use other partners in the case Greece does not co-operate’.

Frank Sieren is well-aware on the new proposal by the Greek government for the creation of a joint venture in privatizing the Piraeus Port Authority. He, nevertheless, finds it extremely difficult for China to accept it. ‘The Chinese side has followed a successful model in Piers II and III of the port. Why should it now change it? And how will it be feasible for a debt-stricken country to participate in a joint venture having no liquidity und no know-how?’ he rhetorically asks. ‘China does not like changes and prefers a balance which is now not the case with Greece’, the German expert argues from Beijing.

How is Germany considering the role of China in Greece? As Frank Sieren comments on chinaandgreece.com, ‘Berlin is not happy with the position of Beijing and prefers the latter to be weaker in order for it to have more business opportunities in the country’. This does of course not mean that their bilateral economic relationship is negatively influenced. China enjoys the reliability of Germany and likes the leadership skills of politicians such as Chancellor Angela Merkel. In the final account though, it is all about business. ‘Germany gives technology to China as an exchange for a specific market share’, Mr Sieren concludes.

You can find more information on Frank Sieren here.