China to contribute to Juncker’s package 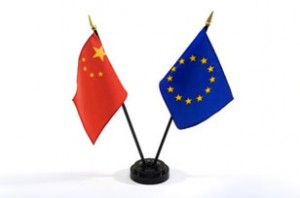 The 17th bilateral EU-China Summit will take place on Monday 29 June 2015 in Brussels. On the same day, the 10th EU-China Business Summit will be organised in the capital of Belgium. On this occasion, the European Union and China will – inter alia – discuss how the new investment initiative of President of the European Commission Jean-Claude Juncker could find common ground with China’s ‘Belt and Road’ concept. Juncker has already said to Xinhua news agency that a mutual co-operation could bring benefits for both sides. In particular, the Chinese side might be interested in contributing to Jucker’s investment plan in order to foster growth. As Director of the Center for EU Studies at Renmin University of China Wang Yiwei foresees connectivity between the European single market and the Eurasian market will be strengthened.

The potential participation of China to the so-called Juncker package was recently discussed in Brussels on 4 June 2015. Specifically, ChinaEU arranged  workshop entitled China, the Digital Economy and the EU investment Plan which was hosted hosted by the Committee of the Regions. Yang Yanyi, Head of China’s Mission to the EU, and Markku Markkula, President of the Committee of the Regions, delivered keynote speeches. Other speakers includes high-level representatives of the European Commission, the European Investment Bank, the biggest Chinese banks, and the ICT industry.