China and Greece highly concerned about the situation in Yemen 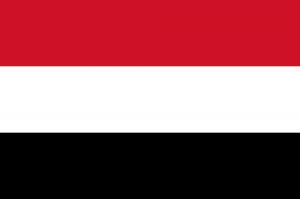 As the crisis in Yemen escalates China has already started an operation for evacuating its citizens from the country. The first batch of 122 Chinese citizens have left Yemen and arrived at the Djibouti port safely on board Chinese naval vessels. Beijing confirms that under the close coordination of the Foreign Ministry, the Defense Ministry and Chinese embassies and consulates in relevant countries the second batch of 449 Chinese citizens has also arrived at the Djibouti port from Yemen safe and sound on Chinese naval vessels at 10:30 a.m. Beijing time. There are now altogether 571 Chinese nationals who have left Yemen safely, and the Chinese Embassy in Djibouti will help them return to China as soon as possible. China has also evacuated 8 foreign experts employed by Chinese companies together with Chinese citizens in the spirit of humanitarianism and responsibility. Currently there is still a very limited number of Chinese citizens remaining in Yemen for work reasons. The working staff remaining at the Chinese Embassy in Yemen and the Consulate General in Aden are still fulfilling their duties. They will keep in close touch with those Chinese citizens left there and offer them assistance anytime when necessary.

For its part, Greece expresses our concern at the escalation of tension in Yemen and the country’s lapsing into a state of war, which threatens to deal a heavy blow to regional security in the Middle East. The country is skeptical on the repercussions the crisis will have for the civilian population of Yemen, who are already sorely tried by ongoing conflicts and political instability. It also attached particular importance to the protection of the freedom of shipping in the region of the Aden straits, which – together with the Suez Canal – is a maritime hub for global trade.