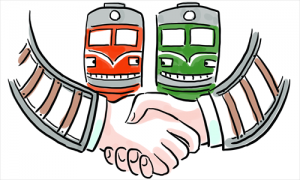 Since the beginning of the European debt crisis, the role of China in Europe has started to take a new dimension. Along with being an important trade partner of the EU and its member states, China has become a promising investor that could offer some hope for recovery, prosperity and growth in an environment of excessive austerity and fiscal consolidation need. Due to its vast foreign exchange reserves, China has had the possibility to use its liquidity and participate in privatization tenders or finance and co-finance various infrastructure projects. There is no better example of this new policy than the “16+1” strategy directed at Central and Eastern Europe (CEE).

Xi Jinping’s current international trip, which includes stops in Serbia and Poland, is of high significance towards this new direction. More importantly, these visits cannot be described as an isolated event but must be placed in the context of a systematic effort to forge China’s relations with CEE. Xi, for instance, visited Czech Republic in April 2016 while leaders of several CEE countries had already visited Beijing a few months ago.

Both Serbia and Poland are important countries for the implementation of the “Belt and Road” initiative. This connection does not only serve the interests of Beijing by leading to the revitalization of the ancient Silk Road and to the profitability of some Chinese enterprises; instead, it is based on “win-win” cooperation, and the Chinese administration is right in insisting on this logic. Several relevant examples can be mentioned. The completion of the Serbia-Hungary railway line by 2017, the construction of the Pupin Bridge over the Danube as well as the operation of the Kostolac power plant and the rebirth of the Serbian metal industry via Chinese investments have generated enthusiasm in Belgrade. Additionally, the new train line linking Chengdu with Lodz will help Poland become a logistics center in CEE and create new job positions.

Nevertheless, the “16+1” strategy has created some skepticism in Brussels. As an international actor, the EU seeks – not necessarily successfully – to forge its own foreign policy and act as a united entity in foreign affairs. In this regard, efforts from other countries to institutionally approach Europe in other formats are not welcome. In particular, the “16+1” format is perceived by Brussels as contradicting its own attempts to speak with one voice in the international arena. China is partly criticized by some European politicians for selecting specific sets of countries instead of dealing with all 28 member states in a centralized way.

But political reality is rather inconvenient for Europe. China’s will to develop its European policy with new standards comes as a result of the weakness of the EU to act together in world affairs and show the appropriate unity on critical issues. It is not the cause of the problem or the reason for the gradual evolution of an EU with different speeds for different countries.

Furthermore, the “16+1” format is highly endorsed by politicians and citizens of CEE. But this does not mean that the latter hold unfavorable views of the EU. The latest survey of the Serbian Integration Office shows that 48 percent of Serbian citizens would vote “yes” in a potential referendum to join the EU and 28 percent would vote “no.” Also, recent data published by Pew Research Poll demonstrate that 72 percent of respondents in Poland and 61 percent of respondents in Hungary see the EU favorably. Poles and Hungarians are the strongest backers of the EU in a period of rising Euroscepticism.

All in all, the “16+1” format is a complementary tool in China’s strategy and Sino-European relations. It neither replaces the “2020 China-EU Cooperation Agenda” nor does it function as an alternative to the EU orientation of countries like Serbia and the EU cohesion process of states such as Poland.

To sum up, the EU should not be afraid of Chinese efforts to integrate itself in Eurasia, even if this does not always come in the format it wishes for. On the contrary, it should use its impressive experience on integration projects, remain committed to the principle of multilateralism and elaborate on a new vision for its citizens, mainly the younger generation. In achieving this important goal, China should not be seen as a threat but as a valuable partner.