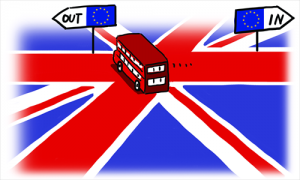 While  the 18th China-EU Summit takes place in Beijing, Europe is still attempting to recover from the shocking result of the U.K. referendum. A lot has already been said and written about the economic and financial impact of the Brexit vote as well as about potential consequences on the unity of the country and similar eurosceptic tendencies in other member-states. An issue not widely discussed, however, is how the EU will proceed in its foreign policy under the new circumstances.

Foreign policy has never been Europe’s strongest asset. Internal disagreements do critically undermine the effort of Brussels to speak with one voice in the international arena. The recent inquiry on the Iraq war – led by Sir John Chilcot – journeys us back to 2003 when the EU had been completely divided over the U.S. decision to invade Baghdad. At that time, the then U.S. Secretary of Defense Donald Rumsfeld had not hesitated to talk about “New Europe” and “Old Europe”.

London has been traditionally pro-American in its foreign policy choices and this straightforward stance did sometimes traumatize its cooperation with Brussels on international affairs. The acknowledgment of this reality, however, does not mean that the importance of the U.K. for the conduct of EU foreign policy has been limited. By contrast, the country has offered both substance and prestige to EU foreign policy – provided it agreed with Brussels’ objectives. The bombardment of Libya in 2011, which was led by London and Paris, is a characteristic example.

The potential withdrawal of the U.K. from the EU leaves the latter weakened in international affairs. Although a more europeanized foreign policy approach can be theoretically forged, practical obstacles will emerge. Without the economic, political and military contribution of the U.K., the EU will hardly create its own army, at least in a successful way. More importantly, it will face difficulties to complement or replace NATO in the Middle East and in its Eastern Neighborhood when dealing with Russia. Europe will remain highly dependent on NATO – principally the U.S. – in a period during which the U.S. turns its attention towards Asia and is more vulnerable in regions where it had been historically involved.

As long as the future relationship between the U.K. and the EU will be negotiated – should Article 50 be triggered – there is only one alternative for Europe to avoid a serious setback in its foreign policy endeavors. In particular, the only country, which can provisionally fill in the gap, is Germany. Its President Joachim Gauck has already set the guidelines for a more active foreign policy in preserving security and safeguarding European ideals. But it is not an easy task for Berlin to escape from historical memories and ignore public opinion reservations. Expectations are subsequently low.

This being said, Europe finds itself at a crossroads. After the Brexit, the situation for the EU could become even worse if the Republican nominee for the U.S. Presidential election Donald Trump succeeds Barack Obama in the White House. Trump seems rather indifferent in cooperating with Europe as it was also the case with George W. Bush. The EU, which is encountered with the debt and banking crisis, the migration problem and now the Brexit, needs a Europhile American president and one who will generate new problems in transatlantic relations.

Important countries that are significant partners of the EU and share some principles with it – such as China – are carefully monitoring developments in European foreign policy and attempting to anticipate the impact of the Brexit. The 18th China-EU Summit will provide a good opportunity for a sincere exchange of views. There is no doubt that Beijing wants and expects Brussels to exert its own foreign policy, believing in multilateralism and cooperation among different actors and hoping for the existence of a separate international voice from that of the U.S.

Nevertheless, the pessimism following the U.K. referendum vindicates China’s decision to approach the EU in different ways, either as a whole, or vis-à-vis specific sets of countries or bilaterally with individual member-states. In parallel with this, it creates challenges and opportunities for the Chinese leadership. The relevant inability of Europe to act in the Middle East and also to adapt an efficient strategy towards non-EU countries of the Mediterranean will allow Beijing to expand its role. Benefiting by its “Belt and Road” initiative and its good relations with Arab and non-Arab states of the Middle East and the Mediterranean, it can discuss new platforms of engagement with the EU.

The Brexit can possibly accelerate discussions on the matter. Whatever their nature or institutional character, these negotiations can generate win-win benefits.