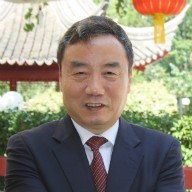 China will continue to work along with Cyprus and with other members at the UN Security Council in support of efforts to solve the Cyprus problem, Ambassador of the country to Cyprus Liu Xinsheng said on Thursday 18 June 2015. ‘We are very pleased about the developments over the past few months and we support the momentum […]China, as a member of the UN Security Council will continue to contribute towards this,’ said the ambassador after a meeting with the speaker of Cyprus’s House of Representatives, Yiannakis Omirou. President Nicos Anastasiades and Turkish Cypriot leader Mustafa Akinci agreed at a meeting on Wednesday to enter into substantive negotiations for the reunification of Cyprus at their next meeting on June 29. Asked by reporters to comment on the issue of guarantees which was raised by Omirou at the meeting, Ambassador Liu Xinsheng said Cyprus is a member of the UN and the EU. ‘So, we strongly believe that the UN and EU can play a very important role in this matter,’ he said.