China’s defence capabilities are upgraded in 2016 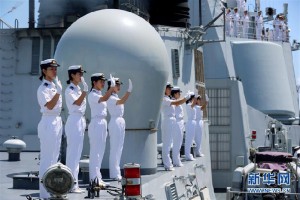 2016 will find China stronger in the defence sector.  The reorganisation of structures and the improvement of operational capabilities of the Chinese army have been a central goal for the Chinese ministry of Defence. Beijing adapted a new system of command. Specifically, five battle zone commands will replace the logic of seven military regions. These will focus on combat and each of the various military services will pursue their own development.

Moreover, Chinese authorities launched two new wings of the military and established a separate command for ground units. According to Global Times, President Xi Jinping conferred flags on the new PLA Rocket Force and PLA Strategic Support Force, as well as the general command for the Army of the People’s Liberation Army in an inauguration ceremony in Beijing. Furthermore, it has been confirmed by the Minister of Defence Mr Yang Yujun that the country’s second aircraft carrier was under construction in the port of Dalian. As China news reports, this will be conventionally powered with a standard displacement of 50,000 tonnes and  a ski-jump flight deck. The features are similar to those of the Liaoning, a Soviet-made vessel sold to China in 1998. The new warship will be slightly lighter than the Liaoning but with more space for fighter jets.

The improvment and reinforcement of the PLA Navy is a central political initiative for the government authorities of China. Former President of China Hu Jintao had declared in that regard: ‘We should enhance our capacity for exploiting maritime recources […] Resolutely safeguards China’s maritime rights and interests and build China into a maritime power.’ The importance of marine resources and marine commerce for the Chinese economy has highlighted new challenges and opportunities for the general strategy of the Asian superpower. Furthermore, the Asia-Pacific region will be the more critical geostrategic region in the world, overtaking the Middle East. These two characteristics led China to the adaptation of an integrated naval strategy which is accompanied by a proportional increase of material resources.