How do Chinese companies invest abroad? 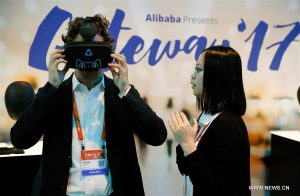 There are a few years Chinese companies – state owned enterprises and private ones – are making investments outside the country. Their expanding role is increasing their profitability and is boosting China’s international presence, especially as long as the Belt and Road Initiative is developing. Interests of Chinese companies have varied according to specific junctures. A close look at their content and nature outlines a significant differentiation.

In particular, data presented by Bloomberg covering a period of ten years, from 2007 until 2016, demonstrate how the acquisition of traditional energy and mining industry companies reached a peak five years ago and later started to slowly diminish. As far as traditional energy is concerned, for instance, the volume of deals increased gradually after 2007 onwards and amounted at $26,2 billion in 2010 and $30 billion in 2012. However, it dropped at $2,8 billion last year.

Chinese companies have completely altered their business strategy following the historical speech of President Xi Jinping in Kazakhstan in 2013 and principally the beginning of the national economy’s transition into the so-called ‘New Normal’ in 2015. Technology has the lion’s share in their acquisition of foreign enterprises. For example – according to the Bloomberg data – while the value of deals on internet and software was only $59 million in 2007 it exploded into 27 billion last years. Although the turnover is lower in comparison to the sector of internet and software, a similar growing tendency has been evident in the fields of agriculture, chemicals, health, semiconductors and telecommunication. Entertainment, media and real estate should not be ignored either.

When important international business deals are reached or are on the way to be agreed, scrutiny and monitoring procedures are expected. The West – both the US and the EU – do not necessarily see positively the involvement of Chinese companies into the Western technological sector and diagnose some alleged security risks. This is mainly related to China’s different governance style than to the business accords themselves. If equally high economic offers had been made by Western companies, there would have been no obstacles or objections.

For its part, China is also monitoring outbound direct investments in order to safeguard that they are occurring in a rational manner. The aim is to prevent or locate and punish corruption cases as well as to strengthen regulations blocking illegal cross-border capital flow. It is a priority of the People’s Bank of China to prohibit overheated and hasty outbound investment in several industries. In an antithetical way, capable and qualified businesses are encouraged to expand their activities overseas.

Apart from the afore-mentioned parameters, the interest of Chinese companies in acquiring foreign enterprises specializing in different types of technology goes hand-in-hand with China’s ambition to domestically invest and reinforce innovation. President Xi Jinping often emphasizes publicly the importance of scientific innovation. In July 2013, for instance, he visited the Chinese Academy of Sciences and called for a greater focus on scientific innovation and making it a driving force for the country’s development. The ‘New Normal’ is highly based on this strategy aiming at guaranteeing sustainable growth creating prosperity and at protecting the environment.

Nevertheless, the advancement of technology presents not only opportunities but also risks. Drawing on Bloomberg’s data that business deals by Chinese companies overseas significantly concentrate on internet and software, it is important to mention that approximately 95 percent of the world’s businesses are now closely linked with the internet. At the same time, technological progress works against job creation though. President Xi extensively discussed this double-edged sword process in his speech at the recent Hamburg G20 Summit. His vision is to ‘strike a balance between fairness and efficiency, between capital and labor, and between technology and employment.’ To achieve this goal, Beijing is cooperating with its partners to ensure synergy between economic and social policies for an equitable income distribution to be offered.

All in all, the role of Chinese companies signing business deals abroad, investing in the technological sector and bringing innovation recipes back home for replication and advancement is critical for the future course of China’s economy.  Of course this is not the only secret of success but the one side of the coin. China also needs investments by foreign companies in its different regions. Only a few days ago President Xi reiterated that the country should improve its investment and market environment, accelerate opening up to the outside world and lower operating cost towards this direction. The combination of the two factors is a necessary prerequisite for the realization of China’s long-term economic plan.