‘Chinese family similar to Greek one’ 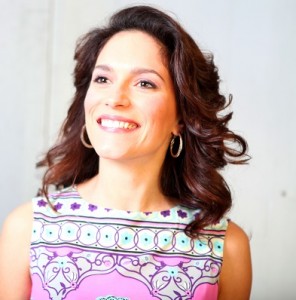 Zoe Economou landed in Beijing in the summer of 2013. Being stressed but also enthusiastic she considered her flight to China as a ‘ticket to another world’. Within a period of one week she had to find accommodation, open a bank account and get accustomed to new conditions before starting her university course. ‘I have to win this bet’, the 31-year- old Zoe says to chinaandgreece.com. And she won it.

Zoe came recently back from Beijing. In China’s capital she attended intensive courses on Chinese Language and Marketing at the University of International Business & Economics (UIBE) having an annual state scholarship. ‘I am now a citizen of the world’, she asserts. China had attracted Zoe’s attention during her university studies in Greece. Her university thesis focused on Chinese oversees tourism and its importance for Greek tourism while she also attended Chinese courses at the Confucius Institute, obtaining HSK2 degree and being awarded a scholarship 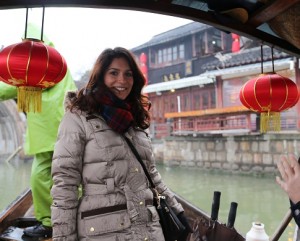 The life of Zoe in Beijing was intense. She recalls that during weekdays she could only attend classes and study Chinese.  But during weekends Zoe had the opportunity to spend time with Chinese people and foreigners, to travel to mainland China and to approach the local culture by meeting the families of her friends.   Zoe observes that ‘the Chinese family has similarities with the Greek one’. That is because children stay with their parents until they become married while the latter use their savings to safeguard better living conditions for the former. In the view of Zoe, ‘Chinese people are cheerful and kind’. As she asserts, ‘when they talk to people with Greek origin, their face brightens up. Even taxi-drivers talk positively about Greece’.