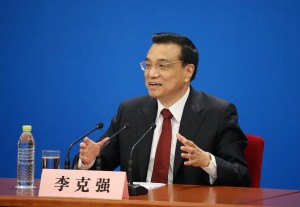 Prime Minister of China Li Keqiang met with King Philippe of Belgium on Wednesday 24 June 2015. On this occasion, he also referred to the Greek crisis. Specifically, Premier Li said that China would like to see Greece remain in the eurozone and noted that his country  appreciates the efforts of the parties concerned and hopes that talks can produce successful results.