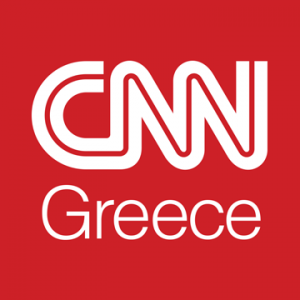 One year ago, the then Prime Minister of Greece Antonis Samaras inaugurated the beginning of works by COSCO for the extension of pier III in the port of Piraeus. The next six months, however, were not particularly fruitful for Sino-Greek relations. The ideological opposition of Syriza to privatisations along with the uncertainty on Greece’s stay in the eurozone not only interrupted the Piraeus Port Authority sale but also  alarmed China regarding the sustainability of its previous investments in Piraeus. The U-turn of the Greek government on July 12 2015 and its acceptance of the terms of the new bailout  reversed again the negative climate, paving the way for a rapprochement between Athens and Beijing.

After the snap election of September 2015, the SYRIZA-Independent Greeks government started to carefully look at the implementation of privatisations. Despite the new delays and the partial amendment of the concession agreement of the Piraeus Port Authority, the sale had already entered its final phase. The deadline for the submission of bids by interested companies was set for 21 December ber 2015. The withdrawal of APM Terminals and International Container Terminal Services facilitated the attempt of COSCO, which was expressing its interest in buying the Piraeus Port Authority for nearly two years. A few days later, the Greek Privatisation Fund confirmed that the Chinese company had been the only candidate investor but asked it to improve its offer. COSCO improved its offer indeed and on 20 January 2016 it became the preferred bidder.

In a detailed statement the Greek Privatisation Fund presented the benefits of the agreement for the concession of the Piraeus Port Authority. According to the Fund’s assessment, the total value could amount to 1,5 billion euros, including future investments by COSCO in the port. It is worth-mentioning that the Chinese company offered a higher price in comparison not only to the share price of the Piraeus Port Authority on the day of the agreement but also to that of two independent appraisers. In fact, COSCO agreed to pay 22 euros per share while the price range of the independent appraisers was from 18.4 to 21.2 euros per share and the share price at close of trading was 12.95 euros on Wednesday 20 January 2016 .

The importance of COSCO’s investments in Piraeus are not only measured with numbers themselves. In spite of the rise of populism in Greece and some voices associating the privatisation with a destruction of national sovereignty, the Piraeus port will be upgraded and be converted to a transhipment hub, linking Europe to Asia. More trade will entail an increased turnover, new jobs and prospects for new partnerships. In parallel with this, the involvement of COSCO in the port and the acquisition of Piraeus Port Authority constitute the dragon’s head for China’s involvement in Greece. More investments will potentially follow, not only around the harbor, the ship repair zone and  freight centers but also in relation to other economic sectors such as real estate and tourism. At the same time, Greece can hope to significantly increase its exports to China where leading Greek companies operate. An official visit of Greek Prime Minister Alexis Tsipras and a large delegation of Greek businessmen in China has already started to be discussed.

COSCO had been patient for years in expecting to participate in the process for the privatisation of the Piraeus Port Authority. The sale is no longer a hope but a reality. Subsequently, Greece and China have now a unique opportunity to further improve their relations.