One of the Greek companies having an active and successful presence in China is COCO-MAT. COCO-MAT was established as a small family business in 1989 in Athens, when it started producing mattresses made exclusively from natural materials. Its mission has been to improve customers’ quality of life by providing high-quality sleep products. Spreading the ‘sleep on nature’ philosophy all over the world and employing an export-oriented strategy COCO-MAT could not but look to China along with eleven other countries.

The company made its first steps towards this direction in 2002 by buying an area between Shanghai and Hangzhou. One year later its own factory had been built in this location and the first three shops were open. But as Danielle Ruan from COCO-MAT International Department says on chinaandgreece ‘cultural barriers and 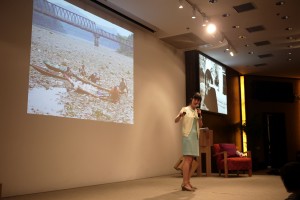 everyday problems could not guarantee its success from the very first beginning’. That is why COCO-MAT decided to keep only one shop by 2010.

In 2010 the company favourably looked at elaborating on a co-operation scheme with a Chinese investor who could boost a joint effort and run COCO-MAT China on the basis of a franchising model. Danielle Ruan had been then employed to run his COCO-MAT China business. Within this context her role was catalytic as she was living in China and was able to monitor day-to-day activities from 2010 until 2013. The decision to avoid going alone certainly was a turning point for COCO-MAT’s presence in China. In collaboration with the Chinese partner it has managed not only to efficiently promote its products in the country but also to expand its presence. It is indicative that in a period of only three years it managed to open 15 shops.

The company has now 24 shops while one more will open in the near future. Cities where shops are located include Beijing, Nanjing Shanghai, Suzhou and Taizhou.  For Danielle Ruan the company’s business development and course in China has ‘been a rewarding experience’, although it had not been easy. COCO-MAT’s employees – both workers and managers – also enjoy very good working conditions and high promotion perspectives. More importantly, China is one of its biggest importers of COCO-MAT and this tendency might be improved even more in the future.

In parallel with promoting excellence, COCO-MAT has embarked on several initiatives in order to keep its high standards in China. In co-operation with the Greek Embassy and consulates as well as with other institutional bodies it has supported various exhibitions and trade fairs including the Ted-x in Shanghai. As Ms Ruan explains, the majority of COCO-MAT’s customers include now better educated people who have large views of global lifestyle, have travelled a lot, and are

But for a successful company like COCO-MAT business is not its exclusive priority. Charity initiatives are almost always placed on its agenda. In 2012, for instance, the company was very happy to participate in an International Charity Bazaar held in Chaoyang Park in Beijing. This event was organised by Ms Le Aimei, spouse of former Foreign Minister of China. Yang Jiechi. On this occasion, Madam Le Aimei was very interested in COCO-MAT’s products and praised its high quality and the use of natural materials. The company also supported the International Charity Bazaar which took place in November of the following year.