The Diplomat outlines China’s challenges in the Mediterranean 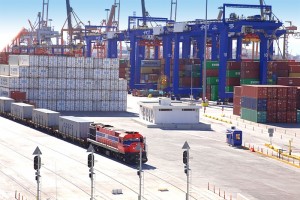 Elodie Sellier, who conducts research at the external relations department of the European Parliament, wrote an article in The Diplomat attempting to assess the next day for China after the privatisation of the Piraeus Port Authority. In her view, COSCO’s additional investments in Piraeus could transform the port into a hub for Chinese goods to Europe, noting the recent enlargement of the Suez canal. However, the implementation of the ‘One Belt – One Road’ policy does not only pass through business and economics. In her article, Elodie Sellier raises the issue of political and security instability in the Mediterranean which might jeopardise the project. She, therefore, believes that China should ‘complement its mercantilist policy with the formulation of a long-term strategic vision, one that bolsters regular political dialogues and intensified security, defense, and military exchanges with countries along the maritime route’.

You can access here the article of Elodie Sellier published in The Diplomat.