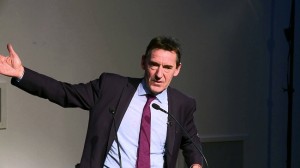 Being asked by Bloomberg to comment on the Russian proposal for Greece to join the BRICS Bank, economist Jim O’Neil is sceptical. ‘I can see why Russia can have the strange motive, but I can’t imagine why the other [BRICS members] would agree’. In his analysis, O’Neill focuses on the aspect of geopolitics in order to explain Moscow’s initiative. According to RIA NOVOSTI, the new Bank is open to any sovereign member of the United Nations.