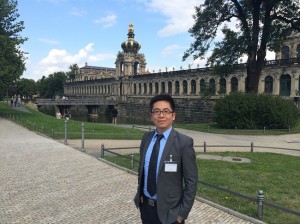 When the fuss about the potential of an implosion of China’s property market was the highest, everyone was worrying that too much hot money was abused in an industry that promised arguably the highest returns. Many even likened the situation to the preludes of America’s and then the world’s financial crisis in 2008 and 2009. However, the picture that’s likely to be emerging in 2015 echoes a frequently-quoted line by one of China’s most patriotic poet Du Fu, “Could I get mansions covering ten thousand miles, I’d house all the poor scholars and make them beam with smiles”(安得广厦千万家，大庇天下寒士俱欢颜。)

Professor LI Yining, a renowned Chinese pro-market economist, stated during the NPC and CNPPC 2015 Annual Sessions that the importance of the housing market should not be overlooked. He then explained that even though there were worries that bubbles in the housing market would turn into a collapse of the industry with probable collateral damages, the industry itself relates to such a wide range of industries, upstream and downstream, that the slowdown of it will be dangerous. He proposed that three kinds of housing should be developed in 2015 to buffer and countermeasure the symptoms of the New Normal, a term that’s coined years ago and resurrected by the grace of President Xi. He believed the high-end housing should be left to the market mechanism for pricing, the low-rent economy housing should be continuously constructed in order to make them more accessible to the low-income community. And the biggest market room should be left for “affordable housing”(平价房).  He also stressed that the ownership of a house or an apartment would boost consumption.

What Professor LI Yining said shed light upon a long-term controversy. From a pure economic point of view, the real estate industry stretches from the production of concrete and steel, manufacturing of heavy machinery and equipments, construction services, sales of interior decoration materials, to peripheral facilities including electricity network, heating system, and man-powered services for the house owners. One can be sure as long as there is demand, there is spontaneous supply should the government allows it. And when the demand is high, and the supply is short, prices hike up even to levels consumers are not happy about.

When someone like Professor Li Yining speaks, the whole country lends its years, let alone the stock market which is an outpost of the trend in terms of investment. Let’s see how 2015 will bring to the real estate in dusty of China. Worries may still exist, but hopes are never out of sight.