Greece to keep its Euro-Atlantic orientation 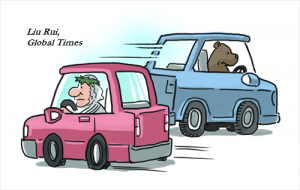 Greece is once again the epicenter of international attention. After two years of relative calm, Athens’ policies are considered critical, and often risky, for various issues including the stability of the eurozone and the future of foreign investments in the country. Another theme dominating the agenda is the alleged closeness between Greece and Russia. German Finance Minister Wolfgang Schäuble has said in a Reuters interview that Berlin “does not like” this development. International media have also negatively commented on the matter. In an indicative case, the Financial Times asserts that the friction of Greece with its European partners might extend from economic to foreign policy. The newspaper has also uncovered links between the leftist Syriza party and the circle of Russian President Vladimir Putin as well as other Russian politicians and thinkers.

The new Foreign Minister of Greece Nikos Kotzias is a pioneer of the study of BRICS in Greece. As a scholar, he paid much attention to the role of countries such as Russia and China in a world becoming increasingly multipolar. A new postgraduate program will be, for example, launched in his university from September 2015 onward offering analytical lectures on the policies of Russia and China. Kotzias believes in the importance of a multi-dimensional character for Greek foreign policy indeed. Nevertheless, this character he wants to create for his country’s foreign policy does not mean that it is prepared to ignore its traditional Euro-Atlantic course. In contrast, Greece seeks to cooperate with its European allies in order to find solutions. Europe’s ongoing crisis with Russia is placed within this category.

It is not fair for Greece to be stigmatized for blocking attempts of its European partners to impose a new round of sanctions against Russia. Greece is not the only country that is steadily skeptical on the efficiency of these measures. Other member states of the EU, including Italy, Austria, Spain and France, share the same logic and believe that a re-engagement with Moscow can yield positive results instead of its isolation. It is therefore a convenient solution for international analysts and journalists to blame a single member state, Greece, in their efforts at explaining the lack of cohesion at the EU level.

Apart from the issue of possible new sanctions against Russia, much attention has been paid to a recent CNBC interview of Russian Finance Minister Anton Siluanov in which he does not rule out a loan agreement with Greece should the latter send a relevant request. But such a discussion is rather theoretical for three reasons. First, Russia faces serious financial problems which diminish its liquidity capacity. Second, the experience from the crisis in Cyprus suggests that Moscow can hardly offer funds under mutually acceptable terms. And third, Greece does not seek to abandon its foreign policy dogma which goes hand-in-hand with the EU and NATO.

All in all, under the current Syriza government, we might expect an improvement of relations between Greece and Russia. But we might not expect unilateral actions or shifts on traditional strategies.