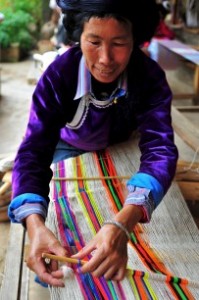 There is no better approach to understand a foreign country than to systematically look at internal developments, mainly social ones, even from a historical perspective. Poverty in China had been a serious problem for years, highly influencing living conditions and depriving numerous citizens from basic goods. But its governments have shown a steady progress to eradicate the phenomenon and achieve rapid growth rhythms. The UN Development Program (UNDP) states that China has lifted more than 500 million of its citizens out of extreme poverty over the last three decades.

Western media tend to acknowledge this reality in spite of their traditional suspicion of China. The Guardian, for example, has referred to an “extraordinary success” and The Economist has written that “China already alleviates a lot of poverty each day.” Agi Veres, the Country Director for UNDP in China, has not hesitated to declare that she is “constantly impressed by China’s statistics relating to alleviating poverty and the Millennium Development Goals.”

In particular, China’s 12th Five-Year Plan from 2011 to 2015, as well as its 13th Five-Year Plan which will last until 2020, have been synthesized around measures to address social imbalances, create new job positions and increase opportunities for equal rights to education. These plans have been also complemented by the decisions of central governments to protect Chinese people living in rural areas by using state subsidies.
According to a recent guideline, citizens living below the poverty line in rural areas will have access to basic medical care and other health services close to the national average by 2020. The principal aim will be to reduce health expenses for these people since these costs can be the most important cause of their impoverishment.

The Chinese government has published data demonstrating that the number of people living in poverty in rural areas was reduced by 66.63 million from 2012 to 2015. The success is remarkable. However, China is still a developing country with 70 million people living under the poverty line, especially in its central and western areas. Additionally, the current poverty line of 2,800 yuan ($421.40) per person a year is not particularly high, and certainly lower than the World Bank average.

The process of eliminating poverty needs to continue. A fundamental factor toward this direction is the efficiency of relocation schemes. A high numbers of farmers, for instance, have already abandoned their birth areas to move into city centers where public services are mature, if largely unavailable to them due to the nature of the current residence permit system.  But these relocation schemes cannot be only financed by the government. They also need the support of regions and provinces, at the local level, which is rather anemic. Further to this, the settlement into metropolitan cities by newcomers from rural areas is not an easy procedure. The adjustment to new conditions needs time and patience while overcrowding of cities as well as rising inequalities might be an imminent risk.

The good news for China is that its leadership is well aware of the challenges ahead and remains committed to its vision of eradicating poverty. Current circumstances are difficult but promising.  The implementation of the “New Normal” in the country has led its national economy to a relative slowdown, affecting growth percentages and causing some instability in world markets. The long-term objective of the “New Normal” is more ambitious than some temporary “ups and downs,” including the fall in the Chinese stock market last summer, though. It is to change the development model, make it more sustainable and balanced and pay particular attention to the protection of the environment and the reduction of inequality. This objective goes hand-in-hand with the Chinese government’s vision to fight poverty.

More importantly, the “Belt and Road” initiative can also bring critical benefits. This strategy can offer poor people new perspectives to stay in their regions, should they do not want to be relocated. On these grounds, they will remain emotionally and physically connected to their place of birth, and will have the opportunity to receive decent salaries by working in infrastructure projects.Subsequently, the Chinese government will more efficiently complete its job, contributing to world development to a larger extent.