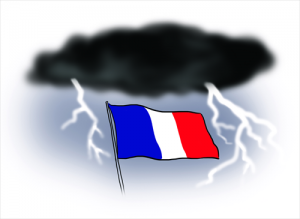 France is at war with the Islamic State (IS). The Nice massacre and the almost immediate claim of responsibility by the terrorist organization is the new normal in this type of asymmetric conflict in the modern era. Nice, the French city of cosmopolitanism, which is a dream destination for tourists from all over the world and an almost paradise for local citizens, is mourning its 84 victims and praying for the ones critically injured. Life cannot easily return to normalcy after the painful shock of July 14. This is the case not only for Nice but also for the whole country and Europe which experienced similar terrorist attacks in recent months.

There are important lessons to be learned following the Nice atrocity. The determination of perpetrator Mohamed Lahouaiej Bouhel to drive a truck into a gathered crowd in the famous Promenade des Anglais confirms that terrorists are capable of inventing new techniques in order to achieve their goals. Security measures have been increased in airports and other “target” places but this does not mean that terrorists are lacking alternatives. By contrast, they are practically able to strike at any time and they are ruthless in surprising police forces and implementing their mass killing instinct.

This hard reality naturally leads to the critical question as to what authorities should do in order to prevent similar terror acts in the future. There is no doubt that several cities in Europe have been – and still are – on high alert. However, the real room to avert an attack, when perpetrators are prepared to sacrifice their lives, is rather small. Cooperation among intelligence services is significant but unlimited data sharing is almost impossible taking the different political interest of countries into account.

More importantly, the relative military success of the international coalition’s war against IS is not sufficient to eradicate terrorism. Bombardments can kill leaders of the terrorist organization, destroy its infrastructure and stop its violent advancement in the Middle East and Africa, but cannot stop the metastasis of the cancer.

Even if IS is hit and damaged at the top level, it remains particularly strong at the grass-roots one. Its supporters all over the world, inter alia in Europe, have started a campaign to continue the campaign of terror started by its leaders. Ironically, the more IS is beaten in the Middle East and Africa, the more it retaliates in Europe.

The origin of most perpetrators of terror actions – including the Nice attacker – is the Muslim world. Bouhel, for instance, was born in Tunisia before going to France and acquiring a double Tunisian-French citizenship. These terrorists were susceptible to the cause of IS and preferred to adopt its violent methods instead of embracing the European values and principles.

Obviously, the majority of Muslim people in Europe do not cause problems and live peacefully with their families. Nonetheless, the general rule should distract attention from the origin of perpetrators and their emotional relation to IS.

The ongoing refugee crisis will possibly enhance the radicalization of Muslim communities in Europe. This will be a particularly dangerous development for two main reasons. First because it will increase the chances of more terror attacks in the future as IS fighters can exploit the flow of desperate refugees to reach Europe bringing their violent “know-how” from their previous training in the Middle East and Africa.

And second because the wave of Islamophobia is expected to continue generating racist behavior and facilitating the further rise of far-right parties. In the case of France, the National Front Party of Marine Le Pen has the chance to politically capitalize in view of the presidential election of May 2017.

The next weeks and months will be tough for France and other European countries. Terrorism has entered the everyday lexicon of European politicians and citizens in a period of serious crises, namely the economic and refugee ones, and the debate for the day after Brexit. Innocent people all over the world deserve to live in peace and calmness. However, the war against terror is far from over.