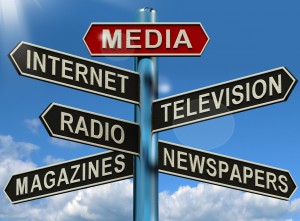 The stock market instability in China dominates the Western media discourse. The lemmas ‘Black Monday’ were highly used by journalists in their effort to cover the biggest one-day fall since 2007. The Guardian, for instance, reported that ‘China’s Black Monday sent markets reeling across the globe’. For its part, Handelsblatt explained that ‘The Black Monday spread fear and terror among the markets’. Some other newspapers such as The Wall Street Journal and Le Figaro have also reproduced the word ‘bubble’.

But apart from news coverage, the interpretation of the stock market volatility offers a good opportunity to analyze China’s international image. In that regard, several media organizations have embarked on an attempt to explore where this turmoil might be an indication that the country’s economy is in real trouble. Three different sets of explanations can be subsequently observed.

There are pessimistic journalists and commentators who believe that China is facing a profound crisis that threatens world financial stability. Politico, for example, makes a risky historical comparison and draws a parallel between current developments in China and the failures of Spain and France in the 16th and 17th-century respectively. On the same wavelength, The Daily Telegraph asserts that the Chinese alarm should not be over.

On the other hand, optimistic journalists and commentators believe that – in spite of difficulties – Chinese authorities will at last minimize speculative elements in the Chinese stock market and transform it into a real investment one. Sharing this view CNN money has published an article encouraging economists not to panic and suggesting that China ‘has problems but not a crisis’. The same article also asserts that ‘Beijing still has plenty of firepower’.

The third category of journalists and commentators includes the ones who are rather reserved and seek to explain developments on the basis of China’s ‘New Normal’ Policy. In other words, they are aware of the transition period the Chinese economy undergoes and wait to see how the Chinese government will deal with the ongoing market instability. The Economist, for instance, agrees with the CNN money perspective that ‘China is not in crisis’ but argues that its ‘ability to evolve smoothly from a command to a market economy is in question as never before’. Additionally, The New York Times, explains that China’s economy is not slowing significantly from the targets already set up by the government and links concerns over Chinese real estate and state-owned enterprises to ‘the conscious liberalization and rebalancing of the [national] economy’.

In parallel with journalists and commentators themselves, Western media have also paid attention to the recent meeting between German Chancellor Angela Merkel and French President Francois Hollande in which they – inter alia – discussed the fall in Chinese stock market. As the mediation of their meeting denotes, the leaders of Germany and France have shown a confidence in the ability of Beijing to stabilize the economic situation. This confidence, however, does not entail that Europe – especially the European Central Bank – are not closely monitoring the devaluation of the renminbi within the framework of Chinese policies. The Financial Times reports on the matter that ‘a falling renminbi [would] make that country’s exports more competitive, thereby hurting the eurozone’. By contrast, judging from an American perspective, Bloomberg comments that this devaluation ‘is good news for US dollar’.

To sum up, the coverage of the volatility in the Chinese stock market in Western media is not homogenous. Different frames exist in the interpretation of the repercussions of the problem as well as of the impact of measures taken by Beijing. Above all, there are clear signs of confusion whether developments in China follow government regulations or market self-adjustments.

If there is a common trend in the Western media discourse, this is the lack of Chinese sources. With the exception of some references to the content of Chinese media, the other view is almost absent. The usage of additional sources especially from mainland China – via interviews or quotes – will certainly contribute towards a better understanding.