Embassy of China in Greece to expand ties with Greek media 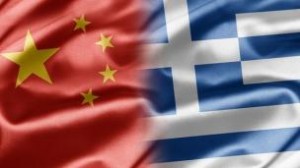 After the Greek privatisation Fund and COSCO agreed on the sale of a 67% stake of Piraeus Port Authority, the image of Greece has been significantly improved in China. In his public remarks Chinese Ambassador Zou Xiaoli places great emphasis on this business deal, considering it a springboard to further boost the bilateral relationship of the two countries. Diplomatic sources from Beijing outline this attitude on chinaandgreece.com. The same circles, however, remain slightly hesitant until bureaucratic obstacles are overcome and the Greek parliament votes for the concession agreement.

When the privatisation of the Piraeus Port Authority will be concluded, Greek Prime Minister Alexis Tsipras is expected to visit Beijing. Chinese President Xi Jinping officially invited him on the occassion of the meeting in New York in September 2015. As new momentum in currently driving Sino-Greek relations and perspectives for the future are positive, the Embassy of China to Greece has decided to enrich its personnel with new diplomats who will deal with communication affairs and public relations. The aim is to facilitate the work of Greek journalists covering Sino-Greek and Chinese affairs.