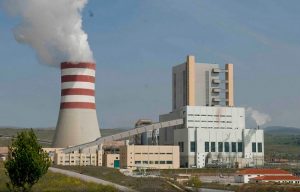 The State Chinese Company SHENHUA GROUP CORPORATION LIMITED, the largest coal producer in the world and one of the largest energy producers not only from conventional sources but also from renewable in China and COPELOUZOS GROUP, one of the largest investment groups in Greece, with a diversified range of activities, such as energy and infrastructures, signed a Agreement for cooperation and development in the green energy sector and in the environmental upgrading of energy generating units in Greece and other countries.

The total estimated amount of the investments will be 3 billion euro.

Mr. Dimitris Copelouzos, founder and President of COPELOUZOS GROUP stated the following:”Our Group believes in green energy and the prospects of Greece. We are confident that the cooperation with SHENHUA GROUP will act as a catalyst for the conclusion of important investments and will promote the energy industry in Greece, with an emphasis on green energy and the environmental upgrading of energy producing units.”