Energy and mineral resources on the agenda of Sino-Greek relations

Sino-Greek relations are mainly synthesised around the role of COSCO in the port of Piraeus and the future privatization of the Piraeus Port Authority. A deeper analysis, however, reveals that more aspects of the bilateral relationship deserve to be outlined. Energy co-operation between Athens and Beijing is a remarkable example. The first significant and firm stepstowards this direction were made during the years of Mr. Ioannis Maniatis who served as Greek Minister of Environment. Energy and Climate Change from June 2013 until January 2015. 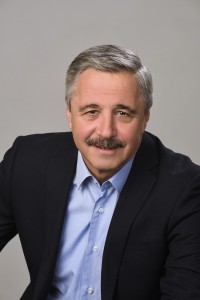 In particular, Mr Maniatis attempted to put new, original issues on the agenda of Sino-Greek relations. The exploration and extraction of rare earth elements by Greece with a potential contribution from China could not but attract his attention. That is because Greece is one of the few European countries having Rare Earth Elements while the demand for these minerals is increasingly growing at the global level. Τhe Greek Ministry of Environment, Energy and Climate Change in collaboration with the Greek Institute of Geology and Mineral Exploration had already identified specific areas where rare earths elements might be extracted from.

In September 2014, former Minister of Environment. Energy and Climate Change Mr Ioannis Maniatis organised a meeting with Ambassador of China to Greece, Mr Zou Xiaoli, and members of a high-level delegation from China in order to exchange know-how experience on the matter. The Chinese delegation, which came to Greece, consisted of Mr. Long Baolin from the Geological Survey of China and Mr. Liu Ming from the National Development and Reform Commission. Other members included Mr Wang Denghong and Mr Xiong Wenliang from institutes of the Chinese Academy of Geological Sciences as well as representatives Mr. Wang Jionghui and Mr. Liu Yunfei from the state company China Minmetals Corporation.

In the aftermath of that meeting, Mr. Maniatis went further and proposed the creation of a Sino-Greek Taskforce with national experts and the participation of the private sector to systematize bilateral contacts and accelerate procedures to boost energy cooperation. As Mr Maniatis asserts on chinaandgreece.com: ‘the activation of Taskforce is an important national and European tool which helps Greece to benefit by the expertise of China in the exploration of rare earth minerals. On that basis, the country might be able to exploit its mineral wealth and incorporate it to a new national growth model by highly concentrating on the protection of the environment’. 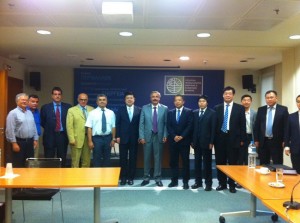 Visit of Chinese delegation to Greece

Along with the possible exploration and extraction of rare earth minerals, former Greek Minister of Environment. Energy and Climate Change also endeavoured to link the exploitation of oil and gas reserves in Greece with the country’s economic recovery. In so doing, he requested the assistance of ambassadors of foreign countries to Greece encouraging them to inform their governments and relevant energy companies. In October 2014, for instance, Mr Maniatis informed several ambassadors on the Greek project for hydrocarbon exploration. Within this framework, Chinese energy company CNOOC (China National Offshore Oil Corporation) expressed its initial interest in participating in the Ionian Sea tender. This interest remains active today but its origins are found in October.

Last but not least, Mr Maniatis promoted – during his tenure – Sino-Greek co-operation by fostering know-how exchange meetings in the field of smog reduction measures. Given the dramatic dimension of the problem in China, the Chinese environment ministry is keen on learning from the expertise in relevant ministries of member states of the European Union. This is placed in the context of the Sino-European Dialogue for Innovation. Former Minister Ioannis Maniatis chaired several relevant meetings, especially during the Greek EU Presidency in the first half of 2014.