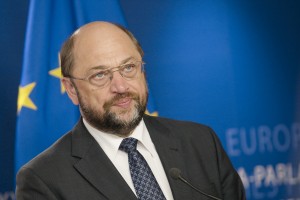 The President of the European Parliament Martin Schulz is in China where he will begin a three day official visit on Monday 16 March 2014. President Schulz will have meetings with the highest Chinese officials, including President Xi Jinping and Chairman of the National People’s Congress Zhang Dejiang. Trade, economy, climate change, security issues, global challenges, human rights and parliamentary relations will feature prominently during the meetings.

Ahead of the start to the official visit President Schulz said, ‘EU-China relations reach their 40th anniversary this year. We have come very far and there is considerable work ongoing in various areas to deepen this relationship.  I intend to mark this milestone with my visit and also to discuss ways of furthering cooperation, notably at the parliamentary level.’

According to China’s Foreign Ministry, ‘this year marks the 40th anniversary of the establishment of diplomatic relations between China and EU. In this important year, [Beijing] will step up China-EU engagement at all levels and in all fields and bring China-EU relations to a new high’.