How do European companies respond to China’s slowdown? 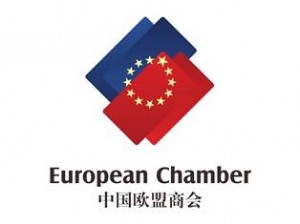 The European Union Chamber of Commerce in China has undertaken a study analysing the response of European companies to the slowdown of the Chinese economy. As the study suggests this slowdown remains the top business challenge. Pessimism about growth and profitability has forced European businesses to cut back significantly, particularly through headcount reduction: 39% are planning to cut costs—a large jump from just 24% in 2014—with most of them planning employee lay-offs. China remains a key market and thus European companies want the ‘new normal’, much like China wants to move its economy up the value chain. However, the regulatory framework has yet to come into place. In particular, a better implementation of the rule of law is seen as the top driver for China’s economic development going forward.

The Chinese economy is facing a paradigm shift, making it necessary for the Chinese Government to discard its ‘old toolbox’ of high, fixed-asset investments and export-driven growth, which created unprecedented overcapacity levels and debt burden in many sectors. China’s economy still has room for growth, and so more than half of European companies remain optimistic about their growth prospects, though this number has dropped 10 points year-on-year. Furthermore, nearly a quarter are pessimistic about their profitability outlook. Innovation will be one of the most critical drivers needed to move the Chinese economy up the value chain. However, more than two thirds of European companies that engage in research and development (R&D) do not have an R&D centre in China, and those with an R&D presence still tend to use those centres first and foremost for product localisation. European companies would contribute more to the Chinese economy, if they felt more secure from threats, like import substitution and technology transfer attempts, were afforded better protection under China’s intellectual property rights laws through improved enforcement and their productivity was not curtailed by domestic restrictions on Internet access.

The Chinese Government’s reform agenda has not helped in addressing the lack of a level playing field for foreign investors in China’s business environment. In particular, a better implementation of the rule of law is seen as the top driver for China’s economic development going forward. However, European business is uncertain to what extent this is forthcoming, as the three main regulatory obstacles to doing business in China—the unpredictable legislative environment, administrative issues and discretionary enforcement of regulations—remain the same as in previous years.

European Chamber President Jörg Wuttke stated, ‘European companies continue to view better implementation of the rule of law as the top driver for China’s economic development going forward. However, they are unconvinced to what extent this is forthcoming: Disappointment in China’s reform agenda is palpable within the international business community, as regulatory barriers and market access issues have not sufficiently been dealt with.’ Mr Charles-Édouard Bouée, CEO of Roland Berger Strategy Consultants added: ‘China is still a strategic market for European companies, yet as the survey uncovered, foreign investment still lacks a level playing field. The ongoing reform agenda has not helped in addressing this – increasing market opening needs to be forthcoming.’