FAZ shows interest in China’s investments in the Mediterranean 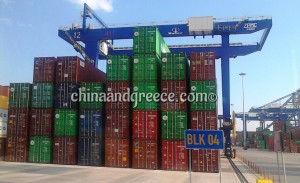 German leading newspaper Frankfurter Allgemeine Zeitung (FAZ) published an article focusing on China’s investments in ports of the Mediterranean with particular emphasis on Greece. In particular, it mentions the cases of Egypt, Israel and Turkey and pays attention to the privatisation of the Piraeus Port Authority which was sold to COSCO in July 2016. FAZ anticipates that ‘Piraeus will play a more significant role in the future according to China’s will play a bigger role in Europe according to China’s will’.

You can read the article here (in German).