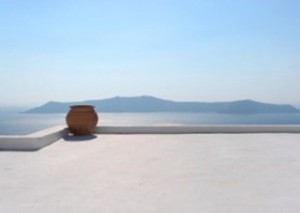 The good news for Greece is that the new parliament will be largely composed of pro-EU and pro-euro MPs.  With the exception of 18 MPs of Golden Dawn and 15 MPs of the Communist Party, the remaining 267 ones have either voted for the bailout or they do actively support it. These include 75 of New Democracy, 17 of PASOK, 11 of To Potami and 9 of the Union of Centrists along with the 155 MPs of SYRIZA and Independent Greeks. Pro-drachma politicians such as former Finance Minister Yanis Varoufakis and former Energy Minister Panagiotis Lafazanis are not part of the new parliament. 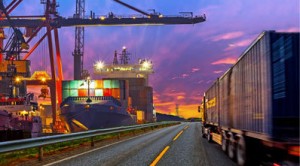 The medium-term stability of the SYRIZA-Independent Greeks party should not be taken for granted. Some MPs – mainly of the leftist SYRIZA – might find it difficult to support all bailout policies generating concerns for the survival of the coalition government. However, even if this happens, MPs of New Democracy, PASOK, To Potami and the Union of Centrists could cover this gap either individually or collectively – depending on their party’s official stance. Prime Minister Alexis Tsipras might then need to proceed to the formation of a new, broader coalition government and a reshuffle of the cabinet but will hardly take the political and economic risk of calling a new election. Even in such an unlikely scenario, pro-EU and pro-euro political forces will again prevail in a society which highly supports Greece’s participation in the eurosystem.

There is no question that the implementation of the bailout by the Greek government is a highly difficult process. The negative course of the Greek economy in the previous months and the need of more cuts and higher taxes could again imprison the country in the labyrinth of a vicious circle of recession. Nonetheless, the fundamental difference in comparison to the period from May 2010 until September 2015 is that a government of the Left (SYRIZA) will have to implement structural reforms. This government of the Left has now landed into reality, acknowledges the lack of alternatives and supports the bailout.  More importantly, according to the standards of the Greek political culture it can count on milder reactions from parts of the society and trade unions as well as on a lower number of demonstrations and strikes in comparison to a right-wing government.

Within this context, foreign investors can now trust Greece again. The EU stands on the side of Greece, the Grexit fear belongs to the past and there is a high probability that the Greek debt will be restructured. The decision for a debt restructuring will bring the IMF back on truck – as Germany wants – and will give a critical boost to the Greek economy.

Of course, Premier Tsipras needs to take the ownership of the new bailout and deliver, almost immediately. His international failure in the first seven months of 2015 creates now room for optimism that is he is more determined than ever.