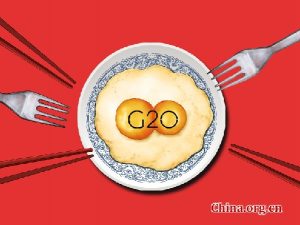 Hangzhou receives world attention these days. The G20 Summit will see the leaders of the stronger economies of the world gathering for the eleventh time in order to discuss priorities and respond to global problems. The agenda is promising as it includes themes relevant to innovation, sustainable development, anti-corruption policies, multilateral trade support, poverty reduction and reforms in the financial sector.

The G20 Hangzhou Summit can be perhaps as important as the first one which took place in Washington in November 2008 at the beginning of the world financial crisis. Although this crisis seems to be under control eight years later, current discussions are critical to pave the way for a long-term stabilization and create good opportunities for growth and employment for the next generation.

To start with, the organization of the G20 Summit in a Chinese city for the first time has both symbolic and practical significance. It outlines China’s role as an economic superpower which is now openly acknowledged by its partners. It also gives the chance to the Chinese administration to elaborate on developments in its national economy and better inform not only participants but also the world audience about measures it takes to change its growth model.

The so-called “New Normal” is a term extensively used in China but one the West is often not familiar with. In this context, Beijing can present its long-term plan, including growth rates for the coming years, and focus on the progress of its market reforms in order to appease some of the American and European fears. The lack of understanding between China and the West has been traditionally a problem causing tension. And although the West sees China in a suspicious way, it complains about the lack of resources on the other side. The Hangzhou Summit can be possibly the beginning for a change regarding the reciprocal flow of information.

Additionally, the G20 Leaders Meeting this year will be a platform to discuss four issues which are not necessarily related directly to the official agenda but all of them reflect the need for international cooperation. The first is connected to the course of the world economy after the Brexit. Although the result of the U.K. referendum has not yet caused catastrophic repercussions as it had been partly anticipated by several scholars, world leaders have already started to develop their strategies for the day after. There is no better example than ongoing deliberations between the U.K. and China for the potential conclusion of a free trade deal.

The second theme is concerned with the need for energy security. G20 countries, principally the ones highly dependent on imports of oil and natural gas, are skeptical about political instability which generates turmoil in energy routes as well as delays and higher prices in transportations and transactions. The presence of the Islamic State in the Middle East and North Africa as well as the problem of piracy in some regions is leading world powers to sit at the same table and find appropriate remedies.

The third issue is associated with developments in the South China Sea. The recent arbitration of The Hague has naturally split the international community. The Hangzhou Summit will be an ideal forum for participants not to express their differences on the matter but to concentrate on their commitment to do everything possible in order to avert the scenario of a conflict in the region. A recent study conducted by the Rand Corporation and titled “War with China: Thinking through the Unthinkable” might be misleading as this should be unthinkable indeed. World leaders must guarantee prosperity for the next generation and not bequeath the chaos of a post-war period.

The fourth theme is an almost new phenomenon seeing some leaders losing their reliability in front of domestic audiences. In several countries public opinion shows signs of rejecting the political establishment and preferring alternatives, often populist ones. The steady rise of far right parties in Europe highlights the problem. It is now time for world leaders to closely cooperate and work towards a modern social contract which will restore order and definitely bury the nightmare of the pre-World War II phase.

All in all, the G20 Summit in Hangzhou can be a success. Both the official agenda and the existing room for parallel discussions on important fronts will bring leaders closer. As they all agree on the need for enhanced international collaboration we must remain optimistic.