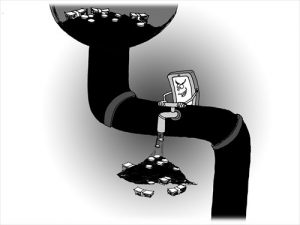 The Group of 20 (G20) Hangzhou Summit finished with a consensus among participants on new measures and action plans to fight tax evasion and tax avoidance. Chinese President Xi Jinping placed particular emphasis on the matter during a press conference and announced the commitment of his country to contribute by establishing an international tax policy research center. Finance ministers for the US and Germany, Jack Lew and Wolfgang Schaueble, respectively, lauded international efforts to crackdown on tax evasion, according to a Reuters report.

Coincidentally, the G20 Leaders’ Communiqué Hangzhou Summit, which confirmed the international support on tax cooperation, was issued a few days after the European Commission announced its unprecedented judgment that Ireland had granted undue tax benefits of up to 13 billion euro ($14.6 billion) to Apple. Both the Irish government and the American company will appeal the ruling, meaning the decision could be overturned. Nevertheless, the conduct of the investigation by the European Commission and the announcement of the official result has generated skepticism.

Although the issue may be legally controversial and no final conclusion should be reached before appeals are examined, the “better treatment” given to Apple by Dublin is illegal under EU state rules. That is because – according to the view of the European Commission – it denotes the provision of significant advantages to some companies over others, which are subject to the same national taxation rules. So what could this signal for future of multinational companies operating in Europe? Will they have to reconsider their economic and investment strategies as far as their branches in the EU are concerned?

These questions become even more important given that the recent judgment of the European Commission does not only target Apple. It outlines the determination of Brussels to strengthen its investigations into several companies which are allegedly enjoying tax privileges in member states. A press release from the Commission, for instance, offered information about similar investigations on the treatment of Amazon and McDonald’s in Luxembourg. The Commission also concluded a few months ago that Belgium had granted selective tax advantages to at least 35 multinational companies, mainly from Europe.

Following the announcement of the decision on Apple, US Treasury Secretary Jack Lew accused the EU of grabbing tax revenues that ought to be paid in his country and pointed to an anti-US bias in the work of the European Commission.

But even as the taxation practices of several American companies in Europe have come under scrutiny, European firms have not escaped notice. In a remarkable case, the Commission concluded in October 2015 that the Italian automobile company Fiat had benefited from a favorable tax scheme in Luxemburg.

Subsequently, EU member states will have no other choice but to align their taxation policies with the legal framework provided by the EU. This is a particularly difficult decision – especially for Ireland – as the country has managed to overcome its financial crisis by giving incentives to multinationals to invest in the country with favorable taxation rates. For their part, the multinational companies will either have to accept new conditions should their appeals be rejected or look into transferring to other places. In this regard, the UK could benefit by applying the Irish taxation model as its new Prime Minister Theresa May works to establish a new development plan in the post-Brexit era. Even Turkey might be keen to offer incentives to multinational companies. Its Deputy Prime Minister Mehmet Simsek has already made a proposal to Apple about relocating.

Ultimately, multinationals decide where they prefer to do business. It is their obligation though to pay taxes according to decisions made by relevant courts. When poverty and unemployment have hit the world society, it is unacceptable for companies to look for loopholes to avoid paying taxes. Wolfgang Schaueble said in Hangzhou that the Apple case would not have happened if the Base Erosion and Profit Shifting (BEPS) process had already been in place. The agreement of the G20 members to advance their cooperation on BEPS during the summit is certainly promising.